A rift in the world


Alexander Mustard, a marine biologist, underwater photographer and author, has published a spectacular series of photographs of a rift between two tectonic plates. The Daily Mail reports:

Alex Mustard, 36, dived 80ft into the crevice between the North American and Eurasian plates near Iceland to capture these spectacular photos.

The area is riddled with faults, valleys, volcanoes and hot springs, caused by the plates pulling apart at about one inch per year.

Mr Mustard snapped away as he and his dive partners swam through fresh water canyons Silfra, Nes and Nikulasargja, which are up to 200ft deep. 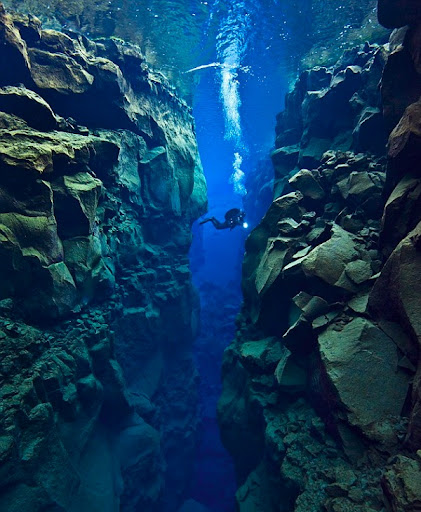 He also took photos of the Arnarnes Strytur chimney, which forms a cloudy plume as 80C water is ejected from Earth's crust and hits the cool 4C seawater.

Mr Mustard, from Southampton, said: 'The photos show diving in the unique underwater world of Iceland which, like on land, is formed by the volcanic landscape of the country.

'I have dived all around the world and this is almost certainly the clearest water I have ever been in. 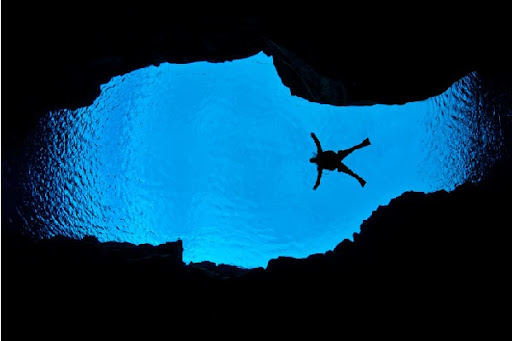 'Many people have an experience of vertigo from the sheer walls and clear water.'

I found Mr. Mustard's pictures quite spectacular, and looked for more information. To my delight, YouTube has many video clips of diving at Silfra and other spots in Iceland. Here's one of the best video clips I found. I highly recommend watching it in full-screen mode.

Oh. Wow.
When I realized the opening shot was taken from underwater...oh.

May I link you once again?

Oh, fabulous. Pulled out my Atlas and found this exact spot-the line separating the North American Plate from the Eurasian Plate. (Or vice versa) Brrrr ...:)

Would be an interesting place to dive, but I've got other places I'd rather spend my money diving first. (And in more comfortably warm waters).

Though if strange and high visibility dive sites tickle your fancy, you can dive inside glaciers(water even clearer than the video above).