Another graveyard of the Cold War


I was amazed to find a collection of photographs of former Soviet tanks at a plant in the Ukraine.  Defense Tech reports:

Need a tank to fend off the coming zombie apocalypse that everyone else is freaking out about? 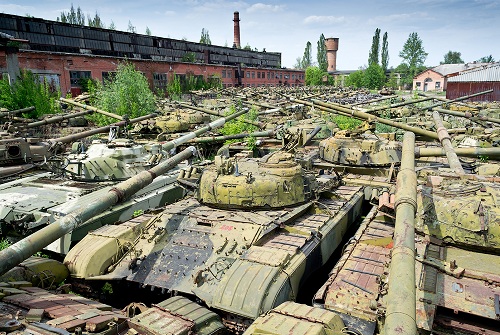 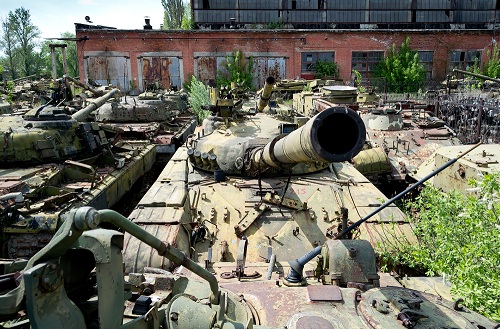 Make your way to the Kharkov armor repair facility in Ukraine where you can have your pick of hundreds of Soviet-built T-64s, T-72s and T-80 tanks that look like they’ve been abandoned since the collapse of the Soviet Union. 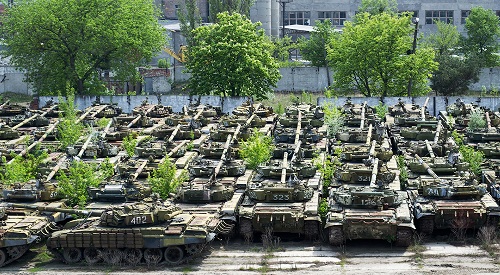 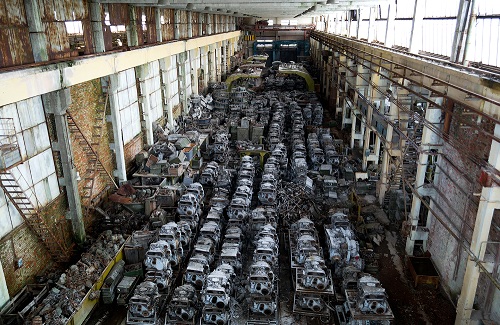 There's more at the link.  The whole series of photographs (in much larger sizes than those I've reproduced here) may be found at Pasha Itkin's LiveJournal.  They make very interesting viewing.  You can also view a satellite image of the tank graveyard here.

I think someone really ought to talk to the Ukrainian government about these metal monsters.  I'm sure there are military enthusiasts in the West who'd love to have their own Cold War main battle tank as a souvenir!  I mean . . . there are enough unserviceable cars parked on blocks in back yards throughout the Southern and Western USA - why not a tank or two as well?

Mixed thoughts looking at these. Yes, I want one, of course. Also, look at all that metal going to waste... a sure sign of bureaucratic incompetence... and I know we have the same thing here.

Last.... I'm real glad these tanks never made it to Vulda, and our soldiers never had to look down the wrong end of all those canons.

I'd still like to have one, for no real good reason.

Melted down all those tanks could be cast into billions of Euro coins and thus saving the European Union from financial diaster.

I bet those tanks were parked when they found out how useless they were during Desert Storm.

Looks like reactive armor still in place on a lot of them. Might be getting old and unstable?

Looks like a good spot to film a sequel to "Stalker".