Farewell to an historic aircraft


One of the last Lockheed MC-130E Combat Talon I gunships was flown from Florida to New Mexico last week, where it will go on permanent display.  The Northwest Florida Daily News reports:

“Even though there is historical significance, we use them (aircraft) until their end of life,” said Col. Anthony J. Comtois, commander of the 919th SOW. “This particular aircraft has almost 24,000 flight hours and has been through a number of pretty significant missions.”

The aircraft was flown for 47 years and arrived at Duke Field in 1995, he said. 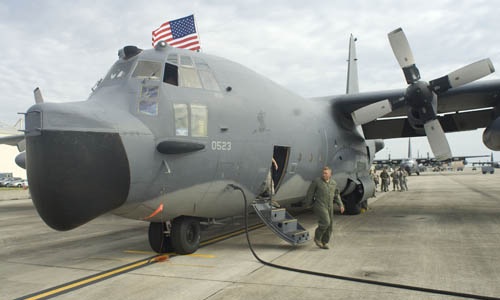 The aircraft is best known for leading the air commando assault on the Son Tay prison camp in 1970 during the Vietnam War to try to rescue American POWs.

Although the prisoners had been moved before the raid, the mission has been considered a success based on its execution and use of military assets.

“It’s bittersweet as we celebrate the end of the legacy,” said Col. Buck Elton with the 8th Special Operations Wing at Cannon. “It’s also exciting because there are new aircraft coming behind it.”

After the MC-130 arrives at Cannon, Lt. Col. Leon Franklin, the pilot during the Son Tay raid, will help turn it off for the last time.


There's more at the link, along with a gallery of photographs of the departure ceremonies.

That's a remarkably historic aircraft to be still flying after 47 years!  It was flying combat missions while I was still in middle school.  If the airframe could talk, I wonder what stories it could tell?