A new vision for higher education?


We've spoken before about the growing 'democratization' of education, particularly with the advent of Internet-based courses.  In a wide-ranging interview with Google Fellow and Stanford University professor Sebastian Thrun, the Wall Street Journal examines (amongst other things) his perspective on the future of education.

Frustrated that his (and fellow Googler Peter Norvig's) Stanford artificial intelligence class only reached 200 students, they put up a website offering an online version. They got few takers. Then he mentioned the online course at a conference with 80 attendees and 80 people signed up. On a Friday, he sent an offer to the mailing list of a top AI association. On Saturday morning he had 3,000 sign-ups—by Monday morning, 14,000. 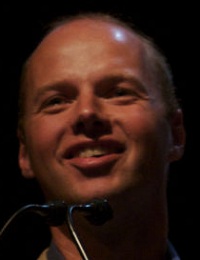 In the midst of this, there was a slight hitch, Mr. Thrun says. "I had forgotten to tell Stanford about it. There was my authority problem. Stanford said 'If you give the same exams and the same certificate of completion [as Stanford does], then you are really messing with what certificates really are. People are going to go out with the certificates and ask for admission [at the university] and how do we even know who they really are?' And I said: I. Don't. Care."

In the end, there were 160,000 people signed up, from every country in the world, he says, except North Korea. Rather than tape boring lectures, the professors asked students to solve problems and then the next course video would discuss solutions. Mr. Thrun broke the rules again. Twenty-three thousand people finished the course. Of his 200 Stanford students, 30 attended lectures and the other 170 took it online. The top 410 performers on exams were online students. The first Stanford student was No. 411.

Mr. Thrun's cost was basically $1 per student per class. That's on the order of 1,000 times less per pupil than for a K-12 or a college education—way more than the rule of thumb in Silicon Valley that you need a 10 times cost advantage to drive change.

So Mr. Thrun set up a company, Udacity, that joins many other companies attacking the problem of how to deliver the optimal online education. "What I see is democratizing education will change everything," he says. "I have an unbelievable passion about this. We will reach students that have never been reached. I can give my love of learning to other people. I've stumbled into the most amazing Wonderland. I've taken the red pill and seen how deep Wonderland is."

"But Wonderland is also crazy!" I interrupt.

Ah, another Thrun project that can radically disrupt the old way of doing things. "But isn't that exactly what we should be doing? I'm going part-time at Google to pursue this. I really care. Isn't this the American history? Can't you pinpoint almost everything that happened back to some technological breakthrough?" Indeed, this is going to disrupt public schools and teachers unions and universities and tenured professors and so on, Mr. Thrun effectively interjects: "The dialogue always focuses on what's going to happen to the institutions. I'm totally siding with the students."

I wish Prof. Thrun every success with his project, as I do all those who are experimenting in the same field.  (You'll find an excellent article with more information on the subject over at Al Fin, if you're interested.)

"The dialogue always focuses on what's going to happen to the institutions. I'm totally siding with the students."

About time someone said it. I adore Khan Academy, but sometimes I think the founder/staff spend too much time explaining that they're not trying to replace teachers. What they ought to be doing is saying, yes, we're totally challenging the status quo, we hope to put bad teachers out on the streets. We've spent way too much time calling teachers 'heroes' when all they've done is signed up for a job that's mostly in-door work with hardly any heavy lifting.

He'll be lucky if he doesn't get whacked by some Union thug.