A very historic submarine is found


I was amazed - and, of course, delighted - to read that the wreck of HMS E14, a World War I British E class submarine, has been discovered off Kum Kale in the Dardanelles.  The Telegraph reports:

A British submarine which executed one of the most daring raids of the First World War, penetrating the Dardanelles to sink a small flotilla of Turkish warships, has been found 94 years after being abandoned.

HMS E14 was located intact by Turkish documentary-makers on the ocean bed of the Dardanelles after a search that began in January.

In 1915, Lt-Cdr Edward Courtney Boyle was decorated with the Victoria Cross after steering E14 through these heavily defended straits at the height of the Gallipoli campaign. 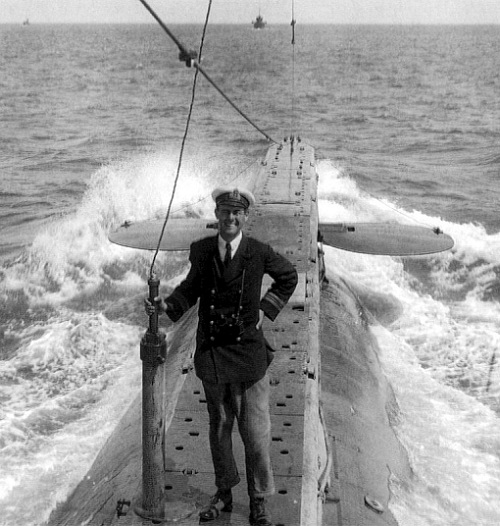 Boyle sailed beneath a minefield and evaded the guns and searchlights arrayed along the Narrows. Having defeated the supposedly impregnable defences of the Dardanelles, E14 reached the open waters of the Sea of Marmara on April 27 1915.

Boyle then "cruised about at will" for the "next three weeks," wrote Alan Moorehead in "Gallipoli", brazenly surfacing off the Golden Horn beside Istanbul itself.

During this time, E14 sank two warships and a White Star cruise liner packed with 6,000 Turkish troops bound for Gallipoli. After inflicting more damage than any submarine commander before him, Boyle escaped through the Dardanelles, evading the minefields for a second time.

The citation for his VC praised his "conspicuous bravery" for overcoming "great navigational difficulties" and the "hourly danger of attack from the enemy". E14's entire crew of 30 received Distinguished Service Medals. Boyle, aged 27 at the time of his decoration, was run over by a lorry and died in 1967. 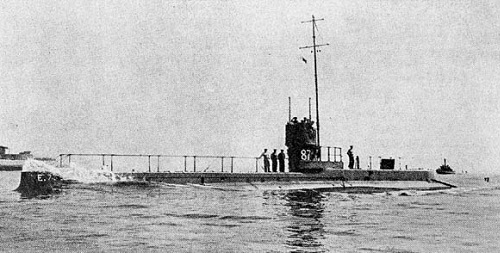 A later captain of E14, Lt-Cdr Geoffrey Saxon White, also won the VC in the Dardanelles. But he was decorated posthumously after an operation in these waters resulted in the submarine being abandoned in January 1918. Its location remained unknown until this month, when the vessel became the first "E" class submarine ever to be discovered intact.


To illustrate the historic importance of E14's discovery for American readers, imagine if two skippers of a single US submarine had each won the Medal of Honor aboard her.  She'd be famous throughout the nation.  Well, that's what E14 achieved for Britain during World War I.  Her rediscovery is bound to spark renewed interest in the exploits of submarines during the first widespread undersea conflict in human history.