While doing an Internet search for information, my imagination was captured by a 2010 article in Low-Tech Magazine titled 'The sky is the limit: human powered cranes and lifting devices'.  Here's an excerpt.

The most common tower crane used in construction today has a lifting capacity of some 12 to 20 tonnes. For quite a few construction projects in ancient history, this type of crane would be completely inadequate.

The majority of stones that make up the almost 140 discovered Egyptian pyramids have a weight of "only" 2 to 3 tonnes each, but all of these structures (built between 2750 and 1500 BC) also hold stone blocks weighing 50 tonnes, sometimes more. The temple of Amon-Ra at Karnak contains a labyrinth of 134 columns, standing 23 metres (75 feet) tall and supporting crossbeams weighing 60 to 70 tonnes each. The 18 capital blocks of Trajan's column in Rome weigh more than 53 tonnes and they were lifted to a height of 34 metres (111 feet). The Roman Jupiter temple in Baalbek contains stone blocks weighing over 100 tonnes, raised to a height of 19 metres (62 feet).

... one wonders how our forefathers were able to lift such impressive weights without the help of sophisticated machinery. The fact is, they had advanced machinery at their disposal. The only difference with contemporary cranes is that these machines were powered by humans instead of fossil fuels. 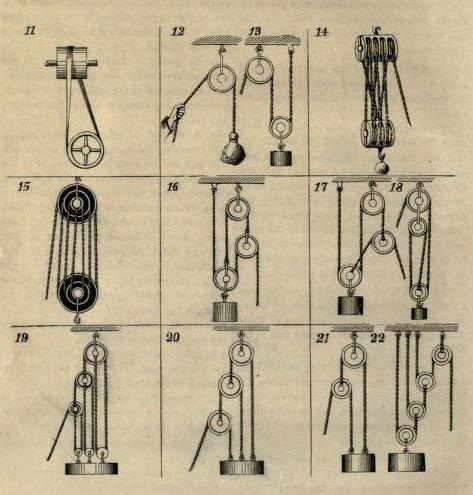 Basically, there is no limit to the weight that humans can lift by sheer muscle power. Nor is there a limit to the height to which this weight can be lifted. The only advantage that fossil fuelled powered cranes have brought us, is a higher lifting speed. Of course, this does not mean that one man can lift anything to any height, or that we can lift anything to any height if we just bring enough people together. But, starting more than 5,000 years ago, engineers designed a collection of machines that greatly enhanced the lifting power of an individual or a group of people. Lifting devices were mainly used for construction projects, but (later) also for the loading and unloading of goods, for hoisting sails on ships, and for mining purposes. 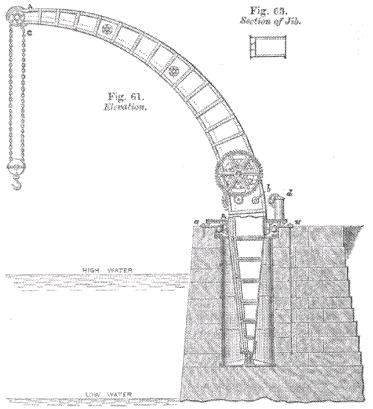 Initially, the lifting speed of lifting machines was extremely low, while the amount of man power required to operate them remained very high. Towards the end of the nineteenth century, however, just before steam power took over, human powered lifting devices became so elaborate that one man could lift a 15 tonne truck in no time, using only one hand.

It's fascinating to see the article's many illustrations of ancient lifting techniques and cranes.  Speaking as a Geek First Class, I can't help but wonder who first thought of them all.  It just goes to show that necessity really is the mother of invention!

That is a remarkably good article, thanks for the link!