I was interested - and amused - to read about the photographic efforts of some garbage collectors in Hamburg, Germany.  Der Spiegel reports:

Roland Wilhelm, 61, empties trash cans for a living. He's been doing the same job for 36 years, come rain, sleet or snow. The work is best described as honest manual labor. When Wilhelm, wearing his orange uniform, drags dumpsters on wheels around the streets of Hamburg, some people say a friendly hello to him, while others make uncharitable remarks. Most people just ignore him.

His employer, the Hamburg sanitation department, wondered if there was a way to make the job more satisfying. They commissioned the well-known German advertising agency Scholz & Friends to come up with a public relations campaign -- with surprisingly successful results. It turned the lowly garbage collector into something of a star.

Along with 10 of his colleagues, Wilhelm photographed his favorite places in Hamburg using a dumpster converted into a pinhole camera, dubbed the "trashcam." The results are spectacular black-and-white images which quickly became an Internet and media sensation. 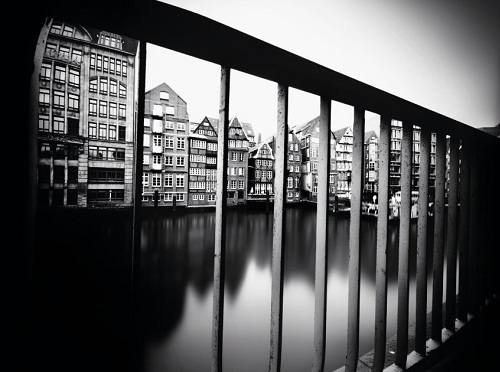 They also impressed the jury at the Cannes Lions advertising festival, which runs until Saturday: The campaign was awarded the Silver Lion earlier this week. The Lions awards are the most coveted accolades in the international advertising industry.

Wilhelm has been featured in both the German and international press and is now regularly approached by passersby during his daily rounds. "It's really something unique," he told SPIEGEL ONLINE. "Nobody expected it to be so successful." Wilhelm says the response so far has been entirely positive. But what's more important to him, he says, is that it has raised awareness of garbage collectors' work. "Now even more people see what we do." 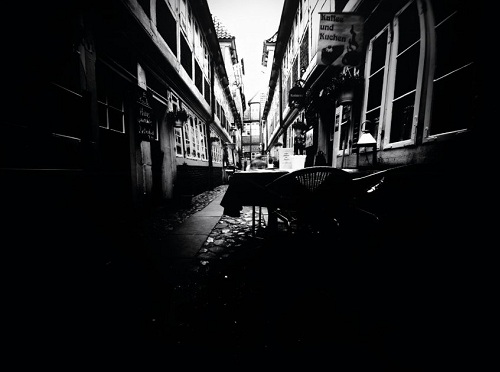 The dumpster camera is based on the centuries-old principle of pinhole photography. The light enters the front of the dumpster through an 8-millimeter (0.3-inch) pinhole and is projected onto an 80-centimeter by 1 meter (31 inches by 39 inches) piece of photographic paper inside the container. There is no shutter. Instead, the exposure begins when Wilhelm and his colleagues lift the small flap over the pinhole. 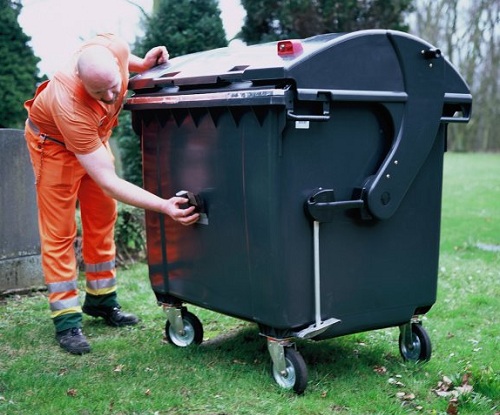 Exposing a photo in the 1,100-liter (290-gallon) bin takes between five and 70 minutes. The sanitation workers calculate the exact time with the help of a light meter. They don't know whether the photograph has been successful until they develop it in the lab that evening.


There's more at the link, as well as a gallery of 'trashcam' photographs (from which those embedded above were drawn).  Interesting reading and viewing for photography enthusiasts.