That's what the headline of this report calls them.

Although male ants of all species compete to breed with a queen, most do so peacefully.

But researchers ... in Austria have found that one species is sneakier than others when it comes to bumping off potential rivals, wrote the Frankfurter Rundschau newspaper on Friday.

Dominant wingless male members of the tropical Cardiocondyla obscurior ant constantly patrol the colony in search of young queens to breed with and potential male rivals to attack. 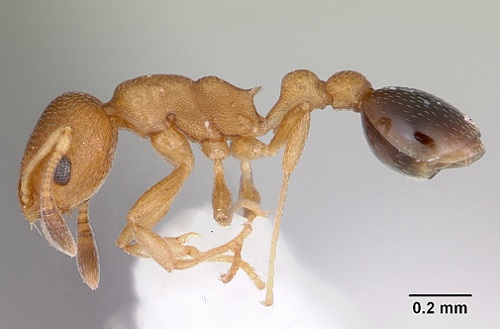 
Researchers found the older aggressors chemically “tag” newborn males with a pheromone which enrages worker ants and “contracts” them to kill the young hatchling upstarts.

Vulnerable newborn wingless males which have not yet developed a hard exoskeleton are defenceless against the gangs of marauding worker ants, according to the newspaper report.

Young winged males, generally less aggressive than their wingless counterparts, protect themselves from attack by secreting a scent similar to that given off by young queens - which often results in them receiving misguided sexual advances from older male ants, wrote the paper.

Mother Nature never ceases to astonish me.  Young males pretending to be queens, and 'receiving misguided sexual advances' as a result?  Oh, wait - this species must be from a well-known district in San Francisco . . .

This potentially means thousands of zombie fungi in tropical forests across the globe await discovery," he said. "We need to ramp up sampling—especially given the perilous state of the environment.