At long last, the Emperor's namesake goes to sea


Regular readers will remember that in March last year we took an in-depth look at the Indian Navy's new aircraft carrier, INS Vikramaditya.  She's named for a legendary Emperor of Ujjain, and began life as the last of the Soviet Union's Kiev class 'Heavy Aviation Cruisers', named Baku.  She was commissioned in 1987 - just in time to see her homeland collapse. 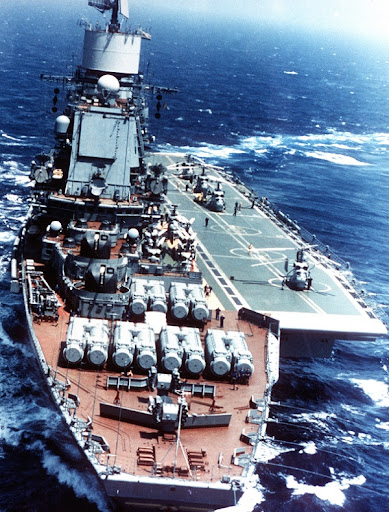 
She was renamed Admiral Gorshkov, and swung at anchor for many years while Russia tried to find a buyer for her.  Eventually India agreed to purchase her and have a Russian shipyard convert her into a fully-fledged aircraft carrier . . . which proved to be a very expensive mistake. 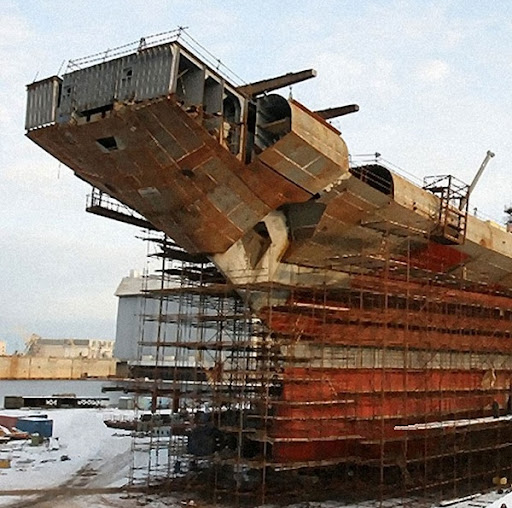 
India's paid three to four times the ship's actual worth, and the project's been delayed for many years while the shipyard struggled to repair (and mostly had to replace) the ship's outdated systems.  Furthermore, in order to buy combat aircraft to operate from her decks, India was forced to bankroll the remaining development costs of the Mikoyan MiG-29K (to the tune of over a billion dollars). 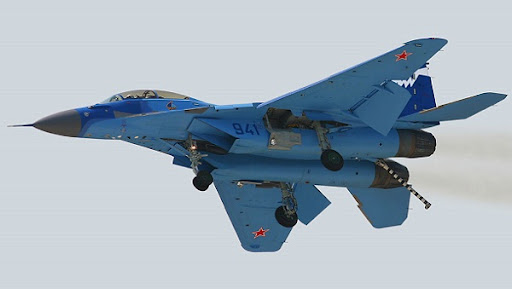 
Russia took full advantage of this by ordering the same aircraft for its own Navy, to replace its ageing Sukhoi Su-33's.

Be that as it may, Vikramaditya has at last begun her sea trials.  According to Ares: 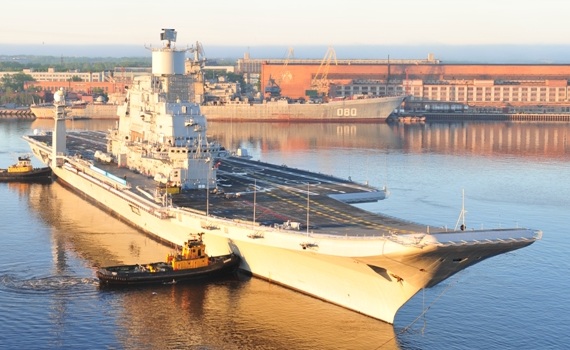 
According to Sevmash, the trials will take 124 days. They will start in the White Sea, then the ship will sail further north, to the Barents Sea to test its air wing. Despite the fact that India has already trained the crew staff for Vikramaditya, during the trials the carrier will be operated by Russians accompanied by Indian Navy inspectors.

I'm sure the Indian Navy is impatiently awaiting the formal delivery of its new carrier, which is scheduled to occur towards the end of this year.  Its only remaining carrier, INS Viraat (the former British HMS Hermes of Falklands War fame) is getting very long in the tooth, having been laid down during World War II (although only completed in 1959).  She can't operate modern jet aircraft such as the MiG-29K, and is overdue for retirement.  (The Indian Navy's first carrier, INS Vikrant, was retired in 1997 and is preserved as a museum ship in Mumbai.)

I'm afraid Vikramaditya will forever be held up as an example of how not to buy a warship.  She's got no more than ten to fifteen years of economical service life remaining by any reasonable measure, and has cost the Indian Navy many times more than her actual value.  India's undoubtedly learned a very expensive lesson from this project.  It's already building one new aircraft carrier in its own shipyards, with a second, larger unit planned.  A third carrier is proposed to replace Vikramaditya in the late 2020's.

Nevertheless, good luck to INS Vikramaditya and all who serve aboard her.  May she fare better in Indian Navy service than she did under her previous owners.

The thing that continues to perplex me about this entire aircraft carrier thing is having one larger carrier with lots of aircraft and crew, rather than many smaller carriers working in conjunction with one another. These in no way would need to be the similar to the limited escort carriers of WW2 with reduced speed and maneuvering. They equally wouldn’t all require the vast electronic and massive Intel processing suites of current USN Carriers either. India has developed shipyards and weapons system manufacturing to a high enough level to make this very cost effective. The bigger stick, bigger target but more capable of survivability concept we have here in the United States is ill advised.

I remember Baku when she was new... sigh... And yeah, this is NOT the way to do things. ONE big carrier just becomes the ONE target...