Once again, there's a bumper crop of good reading from other corners of the blogosphere.  Here goes!

Imagine this: You're at a friend's house for a summertime BBQ, perhaps a small gathering of friends for a nice summer's evening. Attracted by the large number of cars parked on the street, a couple neighborhood thugs decide to crash the party, flash a gun, score a bunch of wallets and watches. It brings up a fundamental question that should be addressed among friends beforehand in case the situation ever arises:

Do the visitors get first shot at the goblins, since they're the guests, or do manners dictate that the homeowner get first shot?

I know it's all the rage these days, but you can't legislate common sense. You can't litigate someone into self-control. You can't force people to do something they don't want to do - hell, we can't stop people from using drugs that are not only illegal to use, they're illegal to posses and illegal to bring into the country. And you're going to stop them from drinking Coke?


Via Miss D. I came across a fanfic Harry Potter novel that seems to be a cut or three above the usual run of such things.  If you enjoyed J. K. Rowling's books about the child wizard, take a look at 'Harry Potter and the Methods of Rationality'.


The Gormogons enlighten us as to the true meanings of the numbers and letters on your vehicle registration plate.  Here are some examples.

A = You are inclined to brake unnecessarily, then signal a right turn.

B = Maryland driver, who will speed right up to about an inch from your rear bumper before leaping violently to the next, largely open lane.

C = You think that you can be absolved of idiotic and dangerous driving by waving a peace sign with your fingers toward your rear view mirror seconds after hearing someone blast their horn at you.


There's much more at the link.  Good fun!


Blunt Object references Eugene Volokh in asking whether churches that discriminate between individuals on the grounds of their religious beliefs should be entitled to tax relief.  It's an interesting subject, and both articles are worth your attention.  It's a debate that I'm sure will attract more and more attention in the near future.


Snarkybytes reminds us that 'attending a shooting course' is not the same thing as 'training'.  What we learn in the former has to be practiced regularly and thoroughly during the latter if it's to have any lasting value.  He speaks truth - and the principle applies to a great many areas, not just shooting.


The inimitable Al Fin has two excellent articles on the latest stupidities of the climate change alarmists:

$100 Billion And All I Got Was This Lousy Climate Model?!?


Both are well worth the time and trouble to read them and follow the links they contain.


Firehand links to a comment about an article on the blog 'This Ain't Hell, But You Can See It From Here'.  Referring to a professor getting her knickers in a twist over the possibility that young soldiers might have to decide how to use lethal firepower on the battlefield (Gasp!  Shock!  Horror!), commenter NHSparky opines:

Let’s do a little bit of comparison, shall we, boys and girls?

21-year old college student: Life and death decision consists of which professor to take for easiest “gentleman’s C” grade in Underwater Basket Weaving. Has at hand hundreds of dollars from latest student loan to spend on cheap booze which will be thrown up on random couch in random sorority house.

21-year old infantry buck sergeant: Calling in air support, coordinating movement with higher authority and other units, keeping squad in one piece while undetermined number of bad guys are trying to turn you into DEAD infantry buck sergeant. Has at hand millions of dollars of equipment he can be held personally responsible for.


Borepatch links to an excellent article at Zero Hedge titled 'The Master Narrative Nobody Dares Admit: Centralization Has Failed'.  Here's an excerpt.

In a cost-benefit analysis, centralization once paid significant dividends. Now it is a drag that only inhibits growth and progress.


There's more at the link.  Interesting and thought-provoking reading.


The lovely Phlegm Fatale informs us about the latest must-have fashion accessory. 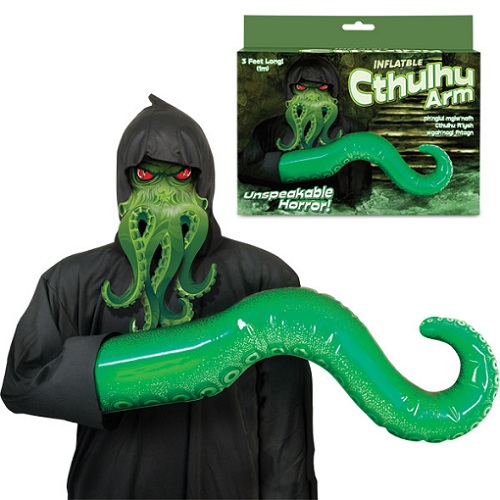 Where has this thing been all my life?


Dr. Whitecoat links to a powerful, profound and moving post about a young lady on the brink of death, and the lessons about life she taught her doctor.  Very highly recommended.


A young lady writing at One Page At A Time has some strong words for her 'gimme' generation.  Here's an excerpt.

Now, to the under-30s: What is wrong with you?! $500,000 for a degree that is not related to the medical field? Are you kidding me? Even $100,000 for a degree that isn't a stepping stone towards employment (like medicine, engineering, etc) is ridiculous, especially if you're relying on loans to get it. I know, teachers and parents all told you a degree, any degree (even one in basket weaving) was necessary to succeed in life. But just because someone tells you something does not mean you should believe it with your whole heart, without any critical thought whatsoever.

First, not all degrees are equal. Really, had you studied basket weaving instead of (insert minority) studies, you might have actually learned a skill. Also, if your chief cause in (insert minority) studies is that your particular ethnicity/faith/gender isn't represented in STEM fields or the business world...maybe, I don't know, major in a STEM degree or business?


Labrat of the Atomic Nerds opines on the open use of the name for an intimate portion of female anatomy, while Uncle Jay reminds himself to 'Stay Out Of Sketchy Bars'.  Both posts are probably not safe for work, but they're highly entertaining!


John Carey reminds us of 'Vietnam 1965: The Day It Became the Longest War'.  I'd always regarded the late President Johnson as incompetent, corrupt and foolish;  now it appears he was a bully and a liar as well.  I can't say I was surprised to read this account - it squares with what I already knew of the man - but I wish it had become public knowledge at the time.  It might have saved the lives of tens of thousands of young Americans and Vietnamese . . .


Continuing the military theme (again), Tam links to a picture from the sandbox showing the 'Best MRE Combination Ever'.  I think it would absolutely ruin my diet . . . !  Also, an old post from The Sandgram describes one of the most hilarious aircraft check rides I've ever heard of.  If you aren't laughing out loud by the time you finish it, your sense of humor urgently needs adjusting!  (BTW, The Sandman now blogs over here, if you'd like to continue reading his latest work.)


The Smallest Minority links to 'The Underground History Of American Education' by John Taylor Gatto.  I've read several chapters so far, and it's fascinating stuff.  It certainly describes in excruciating detail the decline of the American classroom, and explains much about our current education crisis.  Very highly recommended.


Finally, Dustbury links to an article at The Truth About Cars titled 'How To Save $1.9 Billion In Taxes, The Volkswagen Way'.  Trust the Germans to figure out so elegant a solution to tax evasion!


That's all from the blogosphere for this week.  More soon!

warning: harry potter and the methods of rationality is a) addictive and b) chapter 5 is a major beverage hazard.... be warned.

RE: the decentralization post at Zero Hedge, and linked by Borepatch - there is a reason we are the United States of America and not "America With an All-Powerful Central Government and Fifty (or is it 57?) Insignificant Political Subdivisions."

What works has worked for quite a while, and what doesn't work never has.

On the "This Ain't Hell..." Link:
I think we should take this person's views very seriously. We should have a bunch of lawyers and politicians debating every action every single military member might make and only after very serious discussion can they be told if they can shoot off a round or two. Seriously. It worked in Vietnam, right?

My God, the absolute horror this dimwit must be in at the concept of someone else actually thinking and acting autonomously! Why, what can we do without the sage advice of our betters?

We in the military kill other people and break things. That's what we do. We are very, very good at it. If you don't want people killed and things broken, DON'T FREAKIN' SEND US IN.

Ooo, lots of excellent links. Thanks for the good reading.

(Also, it makes me irrationally happy that you and Miss D. read fanfiction. It just does.)

We aim to please.