A fitting tribute to a forgotten leader


I'm delighted to read that a statue of the late Air Chief Marshal Sir Keith Park has been temporarily installed in London's Trafalgar Square, pending a permanent memorial to be unveiled in Waterloo Place, London, next year. The Daily Mail reports:

It was August 1940. The greatest threat to these shores in modern times was about to be unleashed.

There were plenty of men determined to resist - Winston Churchill, the prime minister, for one, and Air Chief Marshal Hugh Dowding, whose squadrons of fighter planes and brave pilots would have to meet the menace.

But they delegated the day-by-day and hour-by-hour running of the Battle of Britain in its most vital sector - in the South-East of England and London - to a tall and lean, quiet and calm officer of New Zealand origins, Air Vice-Marshal Keith Park. 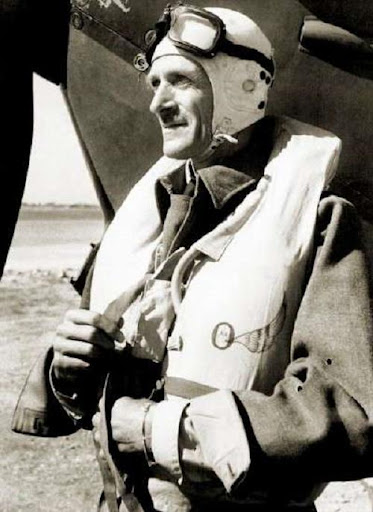 In the coming weeks it was he who pitched his Spitfires and Hurricanes in against impossible odds, spreading his thin resources, disguising his weaknesses, going on the offensive when he could until the enemy was beaten off.

Yesterday, this unassuming hero received the public recognition he deserves as a statue of him was unveiled on the Fourth Plinth in Trafalgar Square. The 15ft glass-fibre statue, which will stay there for six months, is a fitting memorial to the man whose crucial role has been too often overlooked.

London Mayor Boris Johnson unveiled the statue and praised the efforts of campaigners who have fought to have the memorial installed.

A permanent bronze statue of Park will be erected in Waterloo Place in London on the 70th anniversary of the Battle of Britain on September 15 next year.

Park was the architect of the victory. 'If any one man won the Battle of Britain,' said Lord Tedder, later Marshal of the Royal Air Force, 'Park did. I do not believe it is realised what one man, with his leadership, his calm judgment and his skill, did to save, not only this country, but the world.'

Air Chief Marshal Park and his superior at Fighter Command, Air Chief Marshal Dowding, were sidelined after the Battle of Britain. They'd offended too many other influential officers and politicians with their insistence on running the Battle 'their way', and refusing to change tactics to meet the desires of others. In hindsight, they were undoubtedly correct to do so. As the leading British fighter ace, Johnnie Johnson, later said of Park, “He was the only man who could have lost the war in a day or even an afternoon”.

Park went on to command the air defense of Malta in 1942, and finished World War II as Allied Air Commander, South-East Asia (ironically replacing his great Battle of Britain rival Leigh-Mallory in that position, the latter having been killed in 1944 in an air crash while flying out to take up the post).

Such a memorial to so great a leader is long overdue.

If I recall correctly, it was Dowding's and Parks tactics of committing just enough fighters to break up and disrupt the German attacks, as opposed to sending up big formations to sweep the skies- they just did not have the nessesary numbers to engage in air to air combat with the German fighters (aside from incidentally)and could not risk the losses all at once. The German switch to bombing cities instead of airfields also came at a critical time for the RAF.