How cool is this discovery?

The remains of a mighty Persian army said to have drowned in the sands of the western Egyptian desert 2,500 years ago might have been finally located, solving one of archaeology's biggest outstanding mysteries, according to Italian researchers.

Bronze weapons, a silver bracelet, an earring and hundreds of human bones found in the vast desolate wilderness of the Sahara desert have raised hopes of finally finding the lost army of Persian King Cambyses II. The 50,000 warriors were said to be buried by a cataclysmic sandstorm in 525 B.C. 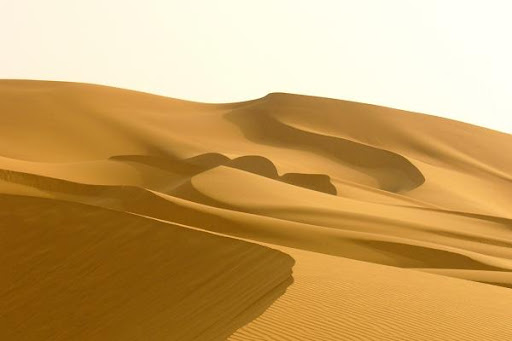 "We have found the first archaeological evidence of a story reported by the Greek historian Herodotus," Dario Del Bufalo, a member of the expedition from the University of Lecce, told Discovery News.

According to Herodotus (484-425 B.C.), Cambyses, the son of Cyrus the Great, sent 50,000 soldiers from Thebes to attack the Oasis of Siwa and destroy the oracle at the Temple of Amun after the priests there refused to legitimize his claim to Egypt.

After walking for seven days in the desert, the army got to an "oasis," which historians believe was El-Kharga. After they left, they were never seen again.

"A wind arose from the south, strong and deadly, bringing with it vast columns of whirling sand, which entirely covered up the troops and caused them wholly to disappear," wrote Herodotus.

Twin brothers Angelo and Alfredo Castiglioni are already famous for their discovery 20 years ago of the ancient Egyptian "city of gold" Berenike Panchrysos.

Presented recently at the archaeological film festival of Rovereto, the discovery is the result of 13 years of research and five expeditions to the desert.

"It all started in 1996, during an expedition aimed at investigating the presence of iron meteorites near Bahrin, one small oasis not far from Siwa," Alfredo Castiglioni, director of the Eastern Desert Research Center (CeRDO)in Varese, told Discovery News.

While working in the area, the researchers noticed a half-buried pot and some human remains. Then the brothers spotted something really intriguing -- what could have been a natural shelter.

"Its size and shape made it the perfect refuge in a sandstorm," Castiglioni said. 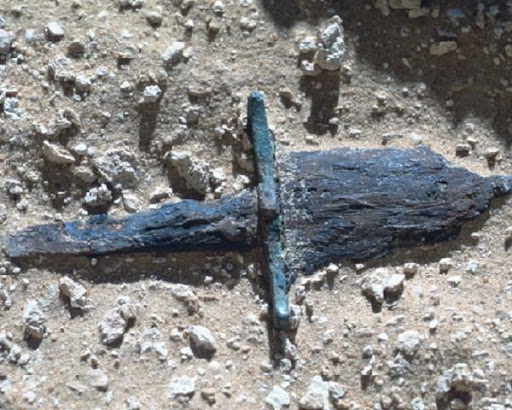 "We are talking of small items, but they are extremely important as they are the first Achaemenid objects, thus dating to Cambyses' time, which have emerged from the desert sands in a location quite close to Siwa," Castiglioni said.

About a quarter mile from the natural shelter, the Castiglioni team found a silver bracelet, an earring and few spheres which were likely part of a necklace.

"An analysis of the earring, based on photographs, indicate that it certainly dates to the Achaemenid period. Both the earring and the spheres appear to be made of silver. Indeed a very similar earring, dating to the fifth century B.C., has been found in a dig in Turkey," Andrea Cagnetti, a leading expert of ancient jewelry, told Discovery News.

At the end of their expedition, the team decided to investigate Bedouin stories about thousands of white bones that would have emerged decades ago during particular wind conditions in a nearby area.

Indeed, they found a mass grave with hundreds of bleached bones and skulls. 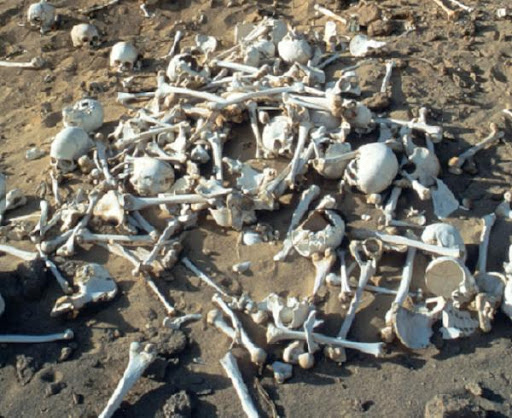 "We learned that the remains had been exposed by tomb robbers and that a beautiful sword which was found among the bones was sold to American tourists," Castiglioni said.

Among the bones, a number of Persian arrow heads and a horse bit, identical to one appearing in a depiction of an ancient Persian horse, emerged.

"In the desolate wilderness of the desert, we have found the most precise location where the tragedy occurred," Del Bufalo said.

The team communicated their finding to the Geological Survey of Egypt and gave the recovered objects to the Egyptian authorities.

"We never heard back. I'm sure that the lost army is buried somewhere around the area we surveyed, perhaps under five meters (16.4 feet) of sand."

There's more at the link, along with a photographic slide-show. The video clip below is absorbing, too.

This fascinates me! To think that human remains could last that long, in one of the most barren, inhospitable areas on the planet . . . that's amazing! I wonder whether they'll find the main body of Cambyses' lost army, still buried beneath the sand?

As dry as that place is, the metal should still be in pretty good shape. Especially if it's being scoured with sand over millenia.

This is cool. Very cool.

To the consternation of pissy rulers everywhere, the environment is often far more lethal than the enemy...