I'd read about Chhatrapati Shivaji Terminus in Mumbai, India, in connection with the terrorist attacks there last year. 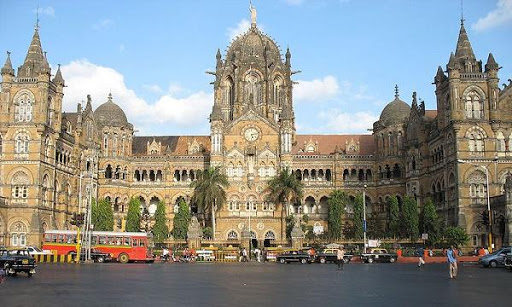 However, I hadn't realized what an architectural gem it was until reader P. M. informed me that it's listed by UNESCO as a World Heritage site. Wikipedia reports:

The station was designed by Frederick William Stevens, a consulting architect in 1887-1888. He received as payment 16.14 lakh [1.614 million] rupees. Stevens earned the commission to construct the station after a masterpiece watercolour sketch by draughtsman Axel Haig. The final design bears some resemblance to St Pancras station in London. 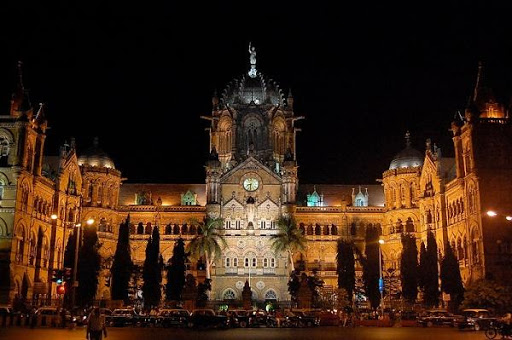 It took ten years to complete and was named "Victoria Terminus" in honour of the Queen and Empress Victoria; it was opened on the date of her Golden Jubilee in 1887. This famous architectural landmark in Gothic style was built as the headquarters of the great Indian Peninsular Railway. Since then the station came to be known as Bombay VT. 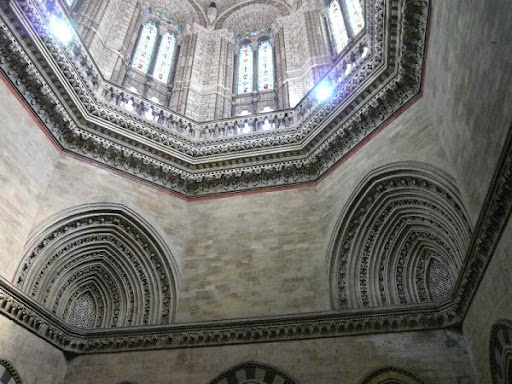 In 1996, in response to demands by the Shiv Sena and in keeping with the policy of renaming locations with Indian names, the station was renamed by the state government after Chatrapati Shivaji, a famed 17th century Maratha king. On 2 July 2004 the station was nominated a World Heritage Site by the World Heritage Committee of UNESCO.

Wikimedia Commons has many photographs of the station, some of which are reproduced here to show just how extraordinary is its architecture. Click on the link to see many more. It's certainly vastly more ornate than most modern railway stations! I'd love to visit it sometime, to see what it's like close up.

They built them like secular cathedrals, which, in a railway-worshipping age, they were.

Some from the same era in North America were pretty impressive too, but this takes the honours of all I've seen.