This must violate all sorts of open container laws!


I'm obliged to an anonymous reader for sending me the link to this video report.

It seems the citizens of Dayton, Ohio, had much to make them cautious back in June this year. According to a news report at the time:

Traffic lanes on the I-70, I-75 interchange are now clear of a lot of beer.

Earlier a semitruck carrying a load of beer, heading northbound on I-75 to westbound I-70, struck the wall and caused debris to fall on vehicles on I-70 and I-75, according to the Ohio State Highway Patrol. The ramp, now open, was closed for cleanup. 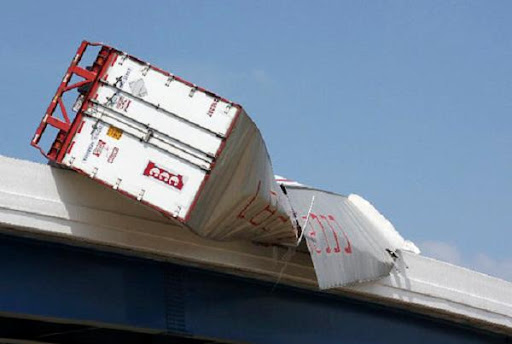 The semitruck driver and two other drivers were transported to Miami Valley Hospital. 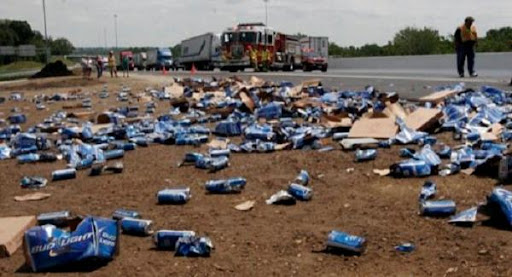 "It's believed the semi lost its load," state trooper Steven Ilo said. The semitruck was left partially hanging over the overpass and emergency crews are working to rescue it and clear any debris. Authorities are unclear on the cause of the accident.

A passerby posted this video of the accident to YouTube. If one concedes that Bud Light is, in fact, beer (rather than a profoundly inferior liquid that would be better poured back into the horse), I guess I can understand his concerns!

Yep, that is an oops... Since it was Bud, it probably should be classified as a hazardous material spill...

The trailer didn't "lose its load" - it made the ultimate sacrifice for the betterment of the beer world.