Yes, if an eight-million-dollar-plus project in England can make it happen.

Invisibility cloak? Scientists say they can see it happening.

Although the cloaks may sound like something from Harry Potter, researchers in London were today given the go-ahead for a £4.9 million project to create a real invisibility suit.

In JK Rowling's stories, the young wizard uses his cloak to move around his school unseen.

Today, researchers at Imperial College said such a garment could soon become a reality. They hope to create a cloak from a new material that can manipulate light.

Normally, when light hits an object, it bounces off the surface and into the eye, making the object visible.

The invisibility cloak made from 'meta-material' would work by 'grabbing hold' of light waves and making them flow smoothly around an object, in the same way that water in a river flows round a stick. 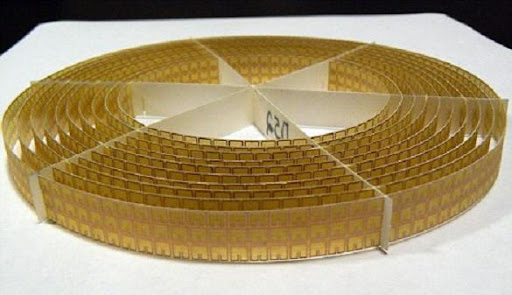 Putting the cloak on would render the wearer invisible to the human eye.

The team at Imperial College say the meta-material could have a range of other applications, including creating super-sensitive microscopes and airport security sensors that can spot tiny amounts of chemicals.

However, they admit the Harry Potter cloak is likely to generate the most interest.

Sir John Pendry, who is leading the project, which is being funded by the Leverhulme Trust and will be carried out with the University of Southampton, said: 'We've shown that an optical invisibility cloak is theoretically possible - the big challenge now is to build it.'

So metamaterials are hitting the big time now. I've been astonished by the speed with which nanotechnology is progressing (the development of metamaterials effective against visible light was first announced in 2007 - just 2½ years ago). The indispensable Al Fin recently pointed out that nanotech's annual worldwide turnover is forecast to grow from $147 billion at present to $3.1 trillion by 2015. That's a growth of over 2,100 percent in just six years! With that kind of explosive expansion, and the development of knowledge and application of new techniques and materials, perhaps an 'invisibility cloak' will finally emerge from the realms of fantasy fiction and become a reality.

Labels: Boys and their toys, Interesting facts, Science, Technology, The Mind Boggles
Email ThisBlogThis!Share to TwitterShare to FacebookShare to Pinterest