Regular readers will recall Yves Rossy, the Swiss adventurer who's succeeded in flying with a wing attached to his back, powered by four micro jet engines of the sort used on model aircraft. 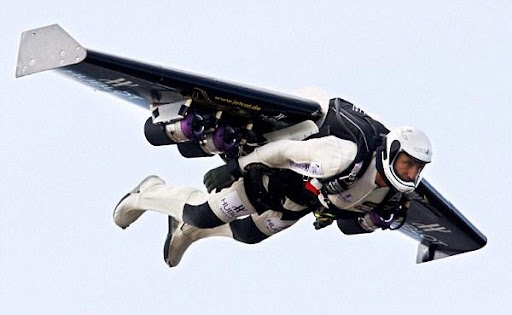 He first flew his wing back in May last year, followed by a crossing of the English Channel in September 2008, both of which were reported on this blog.

This week he attempted to cross the Straits of Gibraltar between Europe and Africa. Sadly, he was less successful, but I've no doubt he'll try again. The Daily Mail reports:

The pilot dubbed as 'Rocket Man' has crash landed in the Straits of Gibraltar after a failed attempt to make aviation history.

He was soaring through the skies between Morocco and Spain today when he ditched, parachuting into the ocean. 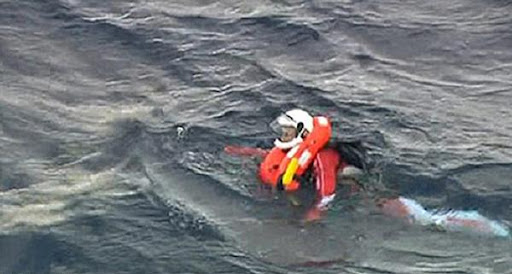 Mr Rossy was hoping to make aviation history again with the 23-mile crossing between Tangier in Morocco and Tarifa on the south-western tip of Spain.

'It is going to be historic,' he said yesterday. 'No one has ever done this before.'

Clothed in a flame-retardant suit, he leapt from a plane at 6,500 feet and engaged his four-cylinder jet pack to power the eight-foot carbon fibre wing strapped to his back.

The journey - conducted at 130mph - had been expected to take less than 15 minutes.

Fortunately, Mr Rossy was being followed throughout the attempt by a team of paramedics in a helicopter - just in case.

Commiserations to M. Rossy, and better luck next time! I'm glad he's helping to keep the spirit of adventure alive in aviation.

I don't think this is the last we'll hear of this guy, he doesn't sound like the type at all.