In search of ancient spirits . . .

A whisky company has asked a team to drill through the Antarctic ice cap to find a lost cache of vintage Scotch that was left there nearly a century ago.

The drillers will be trying to reach two crates of McKinlay and Co. whisky that were shipped to the Antarctic by British polar explorer Sir Ernest Shackleton as part of his abandoned 1909 expedition.

Shackleton and his team might have been expected to drink every drop of whisky they could lay their hands on during the near-disastrous expedition - but somehow these two cases have apparently survived.

Al Fastier, who will lead the expedition in January, said restoration workers found the crates of whisky under the hut's floorboards in 2006. 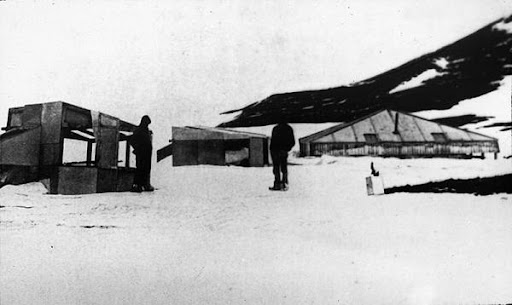 At the time, the crates and bottles were too deeply embedded in ice to be dislodged.

The New Zealanders have agreed to try to retrieve some bottles, although the rest must stay under conservation guidelines agreed by 12 Antarctic Treaty nations.

Richard Paterson, Whyte & Mackay's master blender, said the whiskey could still be drinkable and taste exactly as it did 100 years ago.

If he can get a sample, he intends to replicate the old Scotch and put McKinlay whisky back on sale.

I hope they succeed. Hundred-plus-year-old Scotch should be a remarkably tasty tipple, particularly given that the cold temperatures will have aided its preservation - provided that the penguins haven't developed a taste for the stuff since it was last seen!