The Royal Society, the world's oldest scientific institution, has made available on a special Web site sixty of its most historic and profound documents. These are of incalculable importance to anyone interested in the history of knowledge, and particularly to anyone involved with education (even if it's only wanting to make sure your own kids get a decent one!).

Landmark moments in the history of science, from a grisly early blood transfusion to Stephen Hawking's theories about black holes, have been celebrated online today to mark the 350th birthday of the Royal Society.

For the first time, original manuscripts of papers published by the world's oldest scientific institution have been made available to the public via the internet.

Among the highlights from the interactive 'Trailblazing' site are Sir Isaac Newton's landmark research on white light being made up by a rainbow of colours and Benjamin Franklin's famous kite-flying experiment to identify the electrical nature of lightning in 1752. 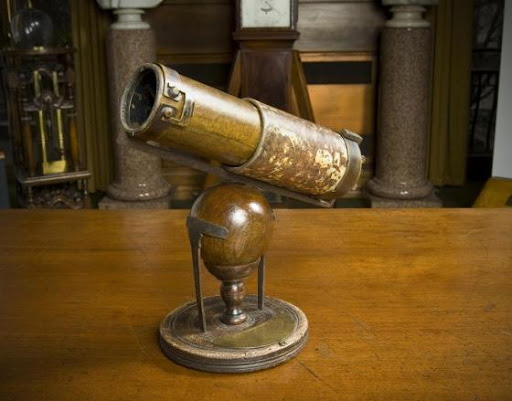 Newton's reflecting telescope, the first such instrument in the world

Also included is a 1770 study confirming the young Mozart as a musical child genius, and Professor Stephen Hawking's early writings on black holes.

They are among 60 articles chosen from among 60,000 that have appeared in the Royal Society's journals. The publications include Philosophical Transactions (Phil. Trans.), the oldest continuously published scientific journal in the world.

This is an immensely valuable resource. I've already spent a couple of hours browsing through it, and you may be sure I'll be spending a lot more time there! Here, for example, is a facsimile image of an extract from the original 1671 article by Sir Isaac Newton on light and colors (link is to a PDF image of the article):

That article appeared 340 years ago . . . yet Newton's discoveries are still at the root of all our work with lenses, colors, etc. If you wear spectacles (even non-corrective sunglasses) or contact lenses; if you use microscopes, binoculars, telescopes, telescopic rifle sights, and the like; if you have medical samples taken for laboratory testing; if you use a spectrometer in any shape or form; then you're using the fruits of Newton's research. That's how fundamental this treasure-trove of articles is to our understanding of nature.

I can't recommend this new Web site too highly. Fascinating reading, of enormous historical and scientific importance, and an invaluable resource for school, college or just plain old curiosity about the world we live in. Go read, and learn.

WOW! I'm putting this on my favorites, for when I have a few extra minutes! Excellent site!