So much for automobile pollution!


The Daily Mail has published an article in which it points out that a mere 16 ships produce as much sulphur pollution as all the cars in the world.

We've all noticed it. The filthy black smoke kicked out by funnels on cross-Channel ferries, cruise liners, container ships, oil tankers and even tugboats.

It looks foul, and leaves a brown haze across ports and shipping lanes. But what hasn’t been clear until now is that it is also a major killer, probably causing thousands of deaths in Britain alone.

As ships get bigger, the pollution is getting worse. The most staggering statistic of all is that just 16 of the world’s largest ships can produce as much lung-clogging sulphur pollution as all the world’s cars. 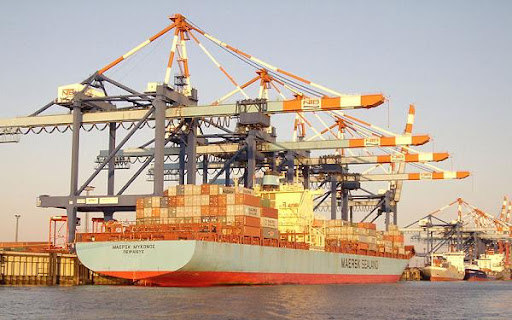 Because of their colossal engines, each as heavy as a small ship, these super-vessels use as much fuel as small power stations.

But, unlike power stations or cars, they can burn the cheapest, filthiest, high-sulphur fuel: the thick residues left behind in refineries after the lighter liquids have been taken. The stuff nobody on land is allowed to use.

Thanks to decisions taken in London by the body that polices world shipping, this pollution could kill as many as a million more people in the coming decade – even though a simple change in the rules could stop it.

There are now an estimated 100,000 ships on the seas, and the fleet is growing fast as goods are ferried in vast quantities from Asian industrial powerhouses to consumers in Europe and North America.

James Corbett, of the University of Delaware, is an authority on ship emissions. He calculates a worldwide death toll of about 64,000 a year, of which 27,000 are in Europe. Britain is one of the worst-hit countries, with about 2,000 deaths from funnel fumes. Corbett predicts the global figure will rise to 87,000 deaths a year by 2012.

In London, on the south bank of the Thames looking across at the Houses of Parliament, is the International Maritime Organisation, the UN body that polices the world’s shipping.

For decades, the IMO has rebuffed calls to clean up ship pollution. As a result, while it has long since been illegal to belch black, sulphur-laden smoke from power-station chimneys or lorry exhausts, shipping has kept its licence to pollute.

For 31 years, the IMO has operated a policy agreed by the 169 governments that make up the organisation which allows most ships to burn bunker fuel.

Christian Eyde Moller, boss of the DK shipping company in Rotterdam, recently described this as ‘just waste oil, basically what is left over after all the cleaner fuels have been extracted from crude oil. It’s tar, the same as asphalt. It’s the cheapest and dirtiest fuel in the world’.

Bunker fuel is also thick with sulphur. IMO rules allow ships to burn fuel containing up to 4.5 per cent sulphur. That is 4,500 times more than is allowed in car fuel in
the European Union. The sulphur comes out of ship funnels as tiny particles, and it is these that get deep into lungs.

Thanks to the IMO’s rules, the largest ships can each emit as much as 5,000 tons of sulphur in a year – the same as 50 million typical cars, each emitting an average of 100 grams of sulphur a year.

With an estimated 800 million cars driving around the planet, that means 16 super-ships can emit as much sulphur as the world fleet of cars.

A year ago, the IMO belatedly decided to clean up its act. It said shipping fuel should not contain more than 3.5 per cent sulphur by 2012 and eventually must come down to 0.5 per cent. This lower figure could halve the deaths, says Corbett.

It should not be hard to do. There is no reason ship engines cannot run on clean fuel, like cars. But, away from a handful of low-sulphur zones, including the English Channel and North Sea, the IMO gave shipping lines a staggering 12 years to make the switch. And, even then, it will depend on a final ‘feasibility review’ in 2018.

In the meantime, according to Corbett’s figures, nearly one million more people will die.

The article makes for very interesting reading . . . and shows up the hypocrisy of the 'Green' movement. They're all for tackling problems that are under our noses, such as automobile emissions, but if it's out of sight, it's out of mind, as far as they're concerned.

The only way to fix the problem is to either find a really big unicorn that poops something better than bunker oil, or literally cripple the global shipping industry.

I have three thoughts on this .. first the comment to the original article that volcanic sulphur is likely more important than is acknowledged by the "climate change" community seems pertinent, if stated hyperbolically. Why aren't global warming claims ever raised in full context?

In the same comment, the extrapolation of the questionable nature of the number of deaths "caused by sulphur" is most telling. While my quick research indicated that most volcanic sulphur emissions occur in places where anthropomorphic emissions are minimal, the question of assumptions is extremely relevant.

Second, I'm not so sure that making intercontinental shipping of consumer doodads more expensive isn't a good thing. Assuming (and it's a big assumption) that raw materials shipments don't become too prohibitive, I'd like to see locally made products become more competitive.

After all, until all foreign countries implement the minimum wage, social security, environmental regulations, medicare, medicaid, worker's compensation, etc., we won't be able to compete in the truly global economy,

Third, while I'm more than tired of the "green" frenzy, I'm not sure I'd call the prior lack of emphasis on shipping hypocrisy. I'm more likely to call it a combination of laziness and ignorance. They were too busy pillorying the average American to look around. I think they'd have been all over the issue if it would have occurred to them.

Rich makes some good points. The article says that "There is no reason ship engines cannot run on clean fuel, like cars." This is sort of true. In fact, when starting up from a cold plant, they MUST use cleaner fuel, (#2 diesel, as I recall) to generate enough steam to heat the bunker tanks so the fuel will flow. As stated, it's essentially tar at room temperature.

I see 2 problems with not using bunker fuel. First, cleaner fuels are much more expensive and much more in demand. Think for a minute of the impact if just those 16 largest ships switched to cleaner fuels. The price of trans-ocean cargo shipments would rise, but so would every other transportation mode that uses fuel, from the urban moped-messenger to daily commuter-cages to semi trucks and locomotives.
Second, what would we do with the bunker fuel. It's also called "residual fuel," which means "whatever's left over after we take out the good stuff."

Of course, it's probably possible to remove a lot of the sulfur from the fuel, but it will raise the price.