The Chevrolet Volt - an overpriced underperformer?


Forbes has an interesting take on the new Chevrolet Volt 'electric' car (which turns out to be not so 'electric' after all). Here's an extract.

This is the car that subsidies built. General Motors lobbied for a $7,500 tax refund for all buyers, under the shaky (if not false) promise that it was producing the first all-electric mass-production vehicle.

At least that's what we were once told. Sitting in a Volt that would not start at the 2010 Detroit Auto Show, a GM engineer swore to me that the internal combustion engine in the machine only served as a generator, kicking in when the overnight-charged lithium-ion batteries began to run down. GM has continually revised downward its estimates of how far the machine would go before the gas engine fired, and now says 25 to 50 miles. 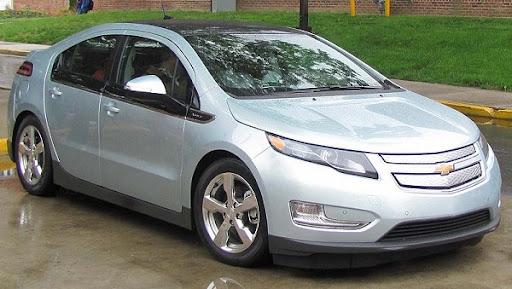 It turns out that the premium-fuel fired engine does drive the wheels--when the battery is very low or when the vehicle is at most freeway speeds. So the Volt really isn't a pure electric car after all. I'm sure that the people who designed the car knew how it ran, and so did their managers.

Why then the need to keep this so quiet? It's doubtful that GM would have gotten such a subsidy if it had been revealed that the car would do much of its freeway cruising with a gas engine powering the wheels. While the Volt is more complicated than the Prius, and has a longer battery-only range, a hybrid is a hybrid, and the Prius no longer qualifies for a tax credit.

It really is enough to get you to say Atlas Shrugged. For those who do not know, or who are only vaguely familiar with, the Ayn Rand classic, it is a story of a society in decay, where politically favored technologies and jobs are foisted on the nation, where innovations that might threaten existing corporatist cartels are financially or physically sabotaged as unemployment mounts and the nation spirals into a malaise that makes the Carter years look like Mr. Rogers' Neighborhood.

Some of the commenters responding to the Forbes article have a rather different opinion of the car, of course. In fact, some of them are so positive about it that I can't help but wonder whether they aren't GM shills, popping up like moles every time someone says something negative about it. Certainly, they're shrill enough in their denunciations to make one suspect that.

I recall what Edward Niedermeyer of The Truth About Cars had to say about the Volt last year:

... the future of General Motors (and the $50 billion taxpayer investment in it) now depends on a vehicle that costs $41,000 but offers the performance and interior space of a $15,000 economy car. The company is moving forward on a second generation of Volts aimed at eliminating the initial model’s considerable shortcomings. (In truth, the first-generation Volt was as good as written off inside G.M., which decided to cut its 2011 production volume to a mere 10,000 units rather than the initial plan for 60,000.) Yet G.M. seemingly has no plan for turning its low-volume "eco-flagship" into a mass-market icon like the Prius.

Quantifying just how much taxpayer money will have been wasted on the hastily developed Volt is no easy feat. Start with the $50 billion bailout (without which none of this would have been necessary), add $240 million in Energy Department grants doled out to G.M. last summer, $150 million in federal money to the Volt’s Korean battery supplier, up to $1.5 billion in tax breaks for purchasers and other consumer incentives, and some significant portion of the $14 billion loan G.M. got in 2008 for "retooling" its plants, and you’ve got some idea of how much taxpayer cash is built into every Volt.

In the end, making the bailout work - whatever the cost - is the only good reason for buying a Volt. The car is not just an environmental hair shirt (a charge leveled at the Prius early in its existence), it is an act of political self-denial as well.

If G.M. were honest, it would market the car as a personal donation for, and vote of confidence in, the auto bailout. Unfortunately, that’s not the kind of cross-branding that will make the Volt a runaway success.

Again, more at the link. Mr. Niedermayer also points out (accurately, in my opinion) that the Chevrolet Volt seems like a dead ringer for the Chevrolet Cruze. 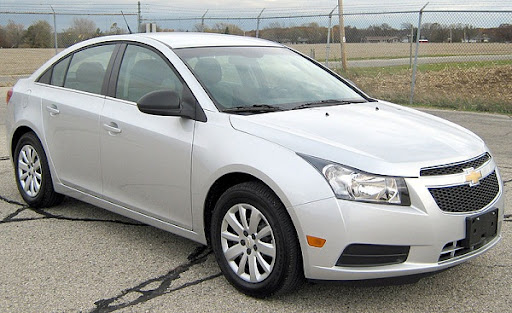 They certainly look very alike, as the photographs demonstrate. Furthermore, the Cruze carries as many people as the Volt, in as much interior space (albeit less luxuriously equipped), for a mere $17,000 or so - far less than half the price of the 'green' car, and only a third as much if the tax subsidy is ignored. I reckon one would have to burn a tanker-load of gasoline in the Cruze to even begin to approach the overall cost of ownership of the Volt!

Of course, the Chevy Volt doesn't really concern me, except as a waste of my taxpayer dollars. I promised at the time of the auto bailout that, because of the illegal and underhanded machinations involved, I'd never again buy another new GM or Chrysler vehicle. That promise stands.

The only upside I can see coming from this (likely temporary) fascination with electric vehicles is improvements to batteries.

In a perfect world we'd have fusion plants generating clean, cheap, reliable electricity and supercapacitors in cars so their limited range could easily be managed by charge times in perhaps minutes or so rather than overnight. As it is encouraging people to drive stick would likely do more good than these red herrings.