He made perfume out of WHAT???


According to Vice (the site is generally not safe for work), an entrepreneur (?) has turned his own excrement into - of all things - perfume! Here's an extract from their interview with him. (LANGUAGE ALERT - he [and they] aren't very polite.) 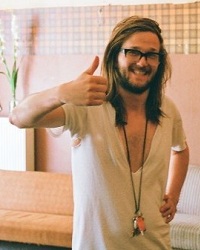 How many have you sold so far?
I’ve sold 25 of the 85 bottles that I produced.

That’s pretty good going. Were you exposed to a lot of **** or have any unpleasant ****-related experiences when you were younger?
No more than any other little boy.

If someone asked you to make your own scat video I bet you’d have some pretty strong ideas to bring to the table.
I don’t know exactly what I’d do. But it would be called Forrest Dump: Number 2.

Enough of this ****. So, to your perfume - how’d the idea come about?
I was reading a book by the French writer Dominique Laporte called The History Of ****, which analyses the theoretical and social implications of faeces, and its role as a building material for cosmetics. It suggested that pleasant smells were used to cover bad smells, so it could be suggested that a bad smell could be used to cover pleasant smells.

Isn’t that an incredibly obvious thing to base an art stunt like this around?
Well I did some research and spoke to perfumers and scientists involved with smell at molecular levels. I learnt that there are molecules that are common to both good and bad smells - for example, the smell of faeces and many white flowers, such as orange blossoms and juniper, are from the molecule Skatol. They’re just there in varying concentrations.

How did you deal with the smell?
Nose pegs and open windows. My flatmates decided they’d rather be in another country.

The 'creator' has even set up a Web site for his perfume, which (when you click on the image) takes you to his "artist's portfolio" page. Given the nature of this project, I can't imagine that his credentials as an artist will be convincing to many people (they're certainly not to me!), but to each his own, I guess . . .

Labels: Boys and their toys, Disgust, Mistakes, Oops, The Mind Boggles, Weird
Email ThisBlogThis!Share to TwitterShare to FacebookShare to Pinterest