A road trip, and some sobering economic realities


Miss D. and I have just returned from a brief road trip, heading up through Kentucky to Ohio and back again. We took the opportunity to visit the National Museum of the United States Air Force in Dayton, Ohio, which was very interesting indeed.

My major complaint about the Museum is that parts of it are not very photographer-friendly. For example, the Cold War display is very dark (including a black-painted ceiling), with spotlights illuminating the aircraft. That makes it very difficult to take pictures, as this one I took of the Convair B-58 Hustler bomber illustrates. 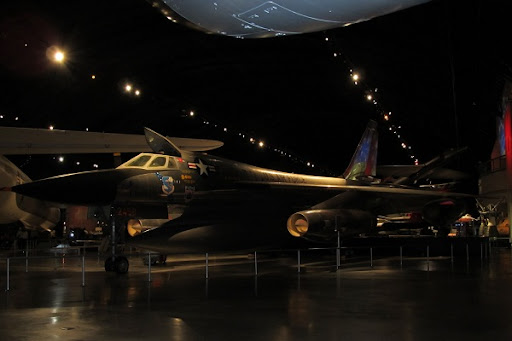 I can only contrast this with the brightly-lit, almost overstuffed National Naval Aviation Museum in Pensacola, Florida, which is very well-lit from a photographic point of view (and has a massive and most interesting collection of aircraft). This general view of a small part of the NNAM illustrates the point. 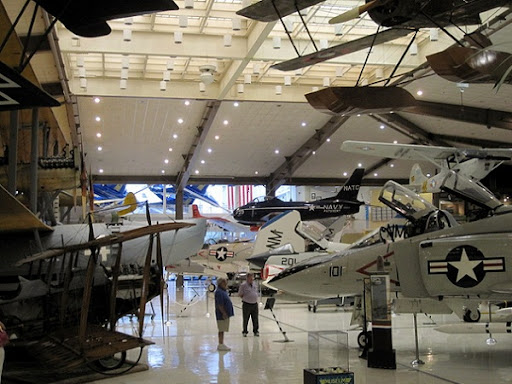 So far, of the major aviation museums I've visited in this country, the National Naval Aviation Museum takes first place in my affections, followed by the Smithsonian National Air and Space Museum, with the National Museum of the USAF taking third place on the strength of its varied collection (which is, regrettably, not matched by the way in which they're displayed).

Following our visit to the Museum we spent time with Miss D.'s parents . . . and that's where I ran into the 'sobering economic realities' I mentioned in the heading. They live in a small town on the banks of the Ohio River. Apparently a recent survey showed that 70% of the area's population - yes, seven out of ten residents! - are dependent on the Government for their income, either through Social Security, or through welfare, or through Government jobs or pensions. The economy of the area is (not surprisingly) stagnant, with little or not improvement seen for many years. Given the minimal impact of private enterprise on the region, the reason isn't hard to see! It's an ancient and time-honored truism that government consumes wealth, but cannot create it. Furthermore, government cannot create economic growth - it can only put in place the conditions that facilitate economic growth, so that entrepreneurs are encouraged to do their thing. If the latter are driven out, or find better conditions elsewhere . . . the result is inevitable.

The same applied to many areas we saw in southern Ohio, from larger cities to small communities. They seem mired in poverty and depression, with little or no evidence of new companies starting up or moving in. If there's an economic recovery going on, as some claim, it's going to be a long, long while before it's evident in those areas.

We made it home safely this afternoon. It's good to be back.

Labels: Economics, Idle chatter, Me me me, Reality, Travel
Email ThisBlogThis!Share to TwitterShare to FacebookShare to Pinterest

The next time you head up this way (Ft. Knox area), shoot me an email. It'd be a pleasure to meet you. As a bonus, you could tour the Patton Museum (it's an armor museum).

I was stationed at Davis-Monthan AFB back in '99-'02, and can tell you that the Pima Museum is well worth the visit. They also handle the tours of AMARC (aka the Boneyard).

Peter, Mrs. Crucis and I retired this year. It was sobering to discover the 3/5th of our income will be from Social Security. We could survive without it, but it'd be tight. Fortunately we've no bills other than the usual monthly recurring expenses.

The cats could afford to lose some weight. Heh!

I had the same problem at the USAF Museum, although I'd be curious to talk to Oleg (or a similarly skilled photographer, he is simply the first one I know) about getting decent photos in that environment. Something tells me it would involve longer exposures on a tripod instead of trying it with a flash. (Which reflects so nicely off the railings...)