Congratulations to Ding Shilu of Shenyang, China, who's built and (reportedly) flown a small aircraft powered by three motorbike engines. 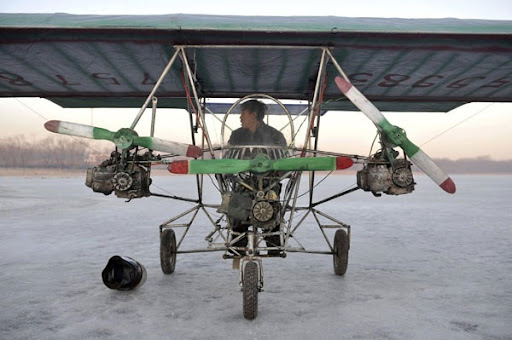 The plane is said to weigh 287 pounds, and cost him no more than $395 to build, according to local reports. 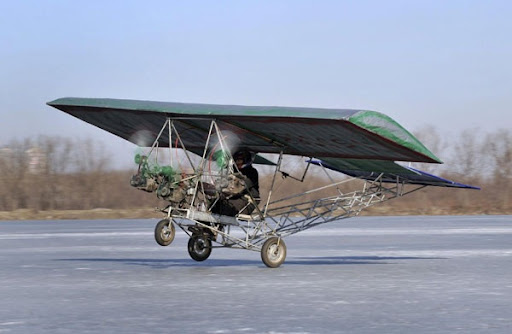 It's great to see that the spirit of adventure is still alive and well! I've seen many kit-built aircraft here in the USA, but there are very few designed and built 'from scratch' with used parts by their owners. Well done, that man! I wonder if he'd ever had any flying training, or possessed a pilot's license?

It doesn't need to be perfect to fly. Or even notably good, but that helps if you mean to fly it more than once.

It's not hard to FLY an simple aircraft
FAA Regulations....no so much.

As a licensed pilot, I can attest -the taking off and flying aren't so tough...the landing, however, can be another story.

The general rule of thumb is that you want at least as many landings as you have take-offs...

I miss (not that I've ever actually known it) living in a world where such things are possible.

It seems that everything is a rush to get the adventure and ingenuity in before the government comes along to regulate it to death.