A racing bicycle with a Formula One twist


The McLaren Formula One racing team has collaborated with the Specialized bicycle company to produce what they've dubbed the Venge. 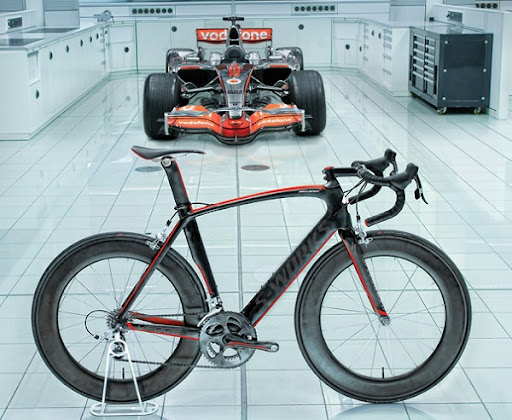 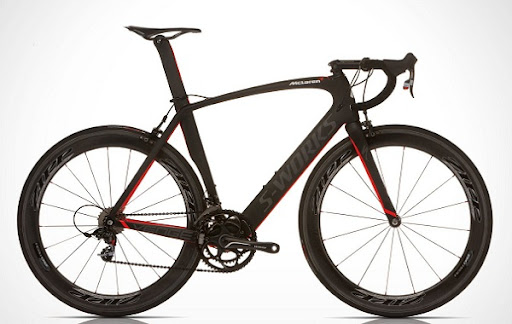 The bike will make its competitive debut in the Milan-San Remo race in Italy this weekend. Here are some highlights from the 2010 race, to give you an idea of what's involved.

The race apparently specifies a minimum weight for bicycles of 6.8 kilograms (15 pounds), so the Venge will have to be loaded with ballast weighing more than twice as much as the bike itself to be able to compete!

It's not the first collaboration between a bicycle manufacturer and a motor racing team (the Storck/Cosworth e-bike venture was announced just last month). I wonder if this is the start of a trend? If it is, though, it promises to be an expensive one . . . something north of $8,000 for the full-blown racing version, although a 'street' version will be available for somewhat less.

8000 for a racing bicycle isn't unheard of, although anything past about 1000 total is well into diminishing returns for anyone short of a serious rider.

Buddy of mine had this to say about the weights:

"Btw, the weights in that article are wrong. The module is 2.07 kg. That's just seatpost, frame, fork and bottom bracket. With wheels, chain, handlebars, derailleur, etc it's a lot heavier. One of the lightest fixed gear bikes on the planet is 7 lbs. This bike has brakes, gears and stiffness. It's probably 11-12 lbs fully assembled.I"