Today marks the 100th anniversary of the formal adoption by the United States Army of the "United States Pistol, Caliber .45, M1911". 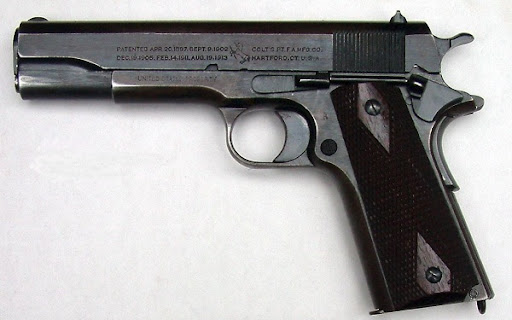 The pistol served with great success through World War I, and was modified to incorporate various improvements suggested by service during that conflict. The modified version was known as the M1911A1, and entered service in 1924. 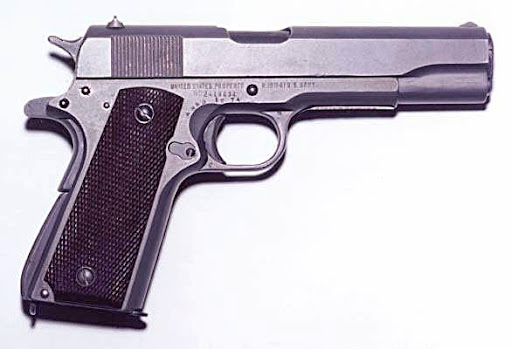 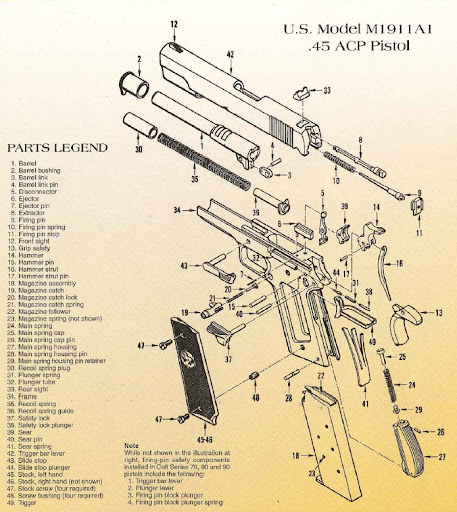 The Model 1911 pistol, in various forms, has been continuously in production since 1911, and it's still selling like hot cakes. It's been manufactured in many countries, and has been adapted from its original caliber of .45 ACP to shoot other cartridges, including (but not limited to) the .455 Webley Auto Mk. I, .38 Super, 9mm. Parabellum, and even the .22 Long Rifle.

The 1911 has been an iconic weapon in the hands of American fighting men, perhaps most famously Sergeant Alvin C. York during World War I. In specialized form, it's still the standard-issue sidearm for Force Recon elements of Marine Expeditionary Units of the US Marine Corps. It also arms the FBI's Hostage Rescue Team. In competition, it's claimed that 1911 pistols have won more pistol contests than all other types of pistols put together. I'm not sure how that could be verified, but based on the number of 1911's produced, for so great a length of time, it's certainly feasible.

Today, the 1911 pistol is available for a wide range of purposes, competitive or defensive, at widely varying prices, depending on the level of fit, finish and accessories desired. Options range from what I personally consider to be the best 'value-for-money' entry-level 1911, the STI Spartan, retailing for about $700: 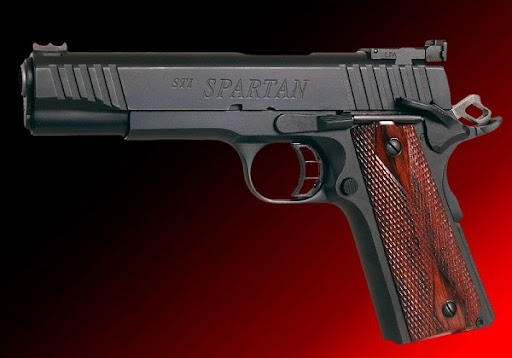 to what I think is the most eye-catching 'barbecue gun'-style 1911 pistol generally available, the Limited Edition Les Baer Presentation Grade 1911, listed at $6,590. 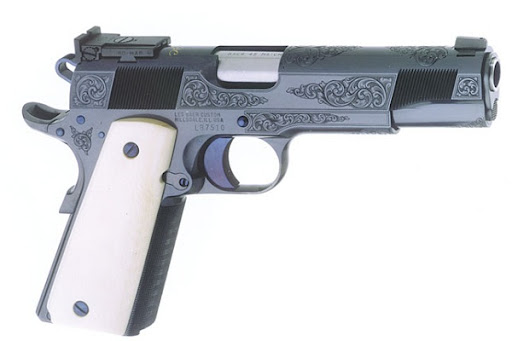 That's one heck of a track record! I wonder how many criminals, enemies and others have been dispatched to their eternal reward by pistols of this design? I have a feeling the number is probably mind-bogglingly large . . .

Best general purpose sidearm ever made. I still grumble to myself about the US military's switch to the Baretta M-9.