An even better idea than the Pet Rock!


Back in 1975, unemployed advertising executive Gary Dahl sat in a California bar listening to his friends complain about their pets. He was inspired to 'invent' the Pet Rock, which made him a multimillionaire in only six months. The initial 'craze' soon faded, but the concept has endured into the computer age. Nowadays, you can even get a pet rock with a USB connection! 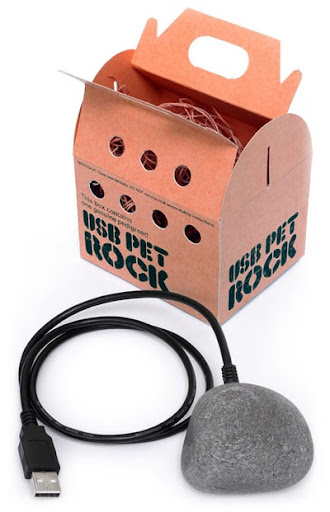 It seems the sort of creative genius that gave us the Pet Rock is not yet dead. An English entrepreneur has come up with a brilliantly simple idea that's making him a fortune. The Telegraph reports: 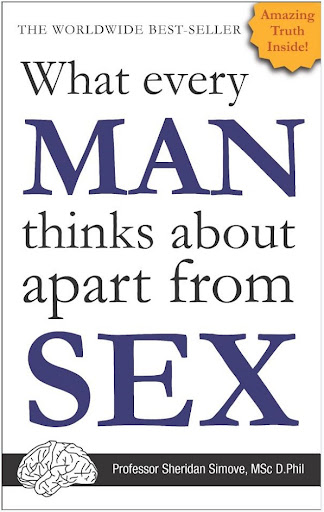 A book with entirely blank pages has become a bestseller after becoming a hit with students.

"Professor" Sheridan Simove has produced a 200 page book entitled "What Every Man Thinks About Apart From Sex".

The work has sold out online on Amazon following heavy promotion in student unions across Britain.

The £4.69 item, which was intended as a novelty gift, is being used by students as a notebook.

Nottingham university student Jess Lloyd said: "I bought a copy for my mate as a joke and he started using it as a note pad for lectures. Now everyone seems to have one. It’s started a real craze on campus."

"Author" Sheridan Simove said: "This book is the result of 39 years of painstaking research and practical study into the subject. I left nothing to chance and really threw myself into my work.

"After many years of hard work I finally realised that men think of absolutely nothing apart from sex. It was a shocking conclusion and I realised that the world needed to be informed of my findings.

"I never thought for one moment that my life’s work would be embraced by Britain’s students in their thousands. It is very gratifying to see my book outselling many other academic works whose authors claim to have worked even harder than I to break new ground and further the extent of human knowledge."

I love it! How to make untold thousands of men pay about $7.50 for a plain ordinary blank notebook! It's positively ingenious! (And I have to grin at the "author's" tongue-in-cheek description of his "life's work"!)

Labels: Books, Boys and their toys, Business and Commerce, Congratulations, Funny, Silly
Email ThisBlogThis!Share to TwitterShare to FacebookShare to Pinterest

I have a USB Pet Rock. My son gave it to me for Christmas. I immediately brought it into work and hooked it up. It's everything that it's purported to be. :)