Around The Blogs, Part 1


This week has seen a rich harvest of interesting articles on blogs I follow, and/or linked to by blogs I follow. There are so many that I'll have to split them into two posts! Part 2 will follow tomorrow night.

For tonight, let's kick off with Blunt Object. He notes that Ferrari's Formula 1 racing car for the 2011 season will be called the Model F150, and observes:

Somewhere in Michigan, a Ford marketing exec is giggling like a mother******.

Next, many bloggers have marked the 25th anniversary (on this date, January 28th) of the explosion of the space shuttle Challenger in 1986, resulting in the death of all seven crew members. 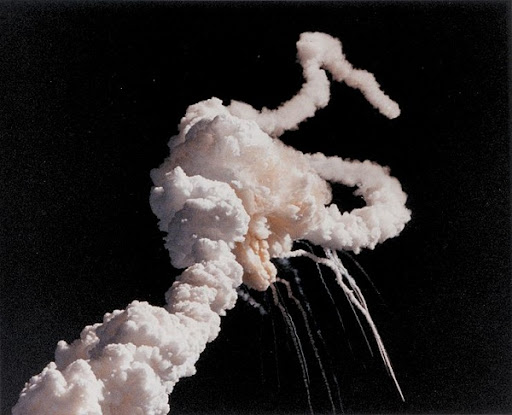 Explosion of the space shuttle Challenger (image courtesy of Wikipedia)

The tragedy was proved to be the result of massive, systemic and endemic mismanagement of safety issues by NASA. I won't quote any particular blog on the subject, but I think it's worth remembering the physicist Richard Feynman, who played a vital role in identifying the problems that led to the disaster. He summed up as follows:

For a successful technology, reality must take precedence over public relations, for nature cannot be fooled.

Words to live by in our high-technology society. May the souls of the Challenger Seven rest in peace. 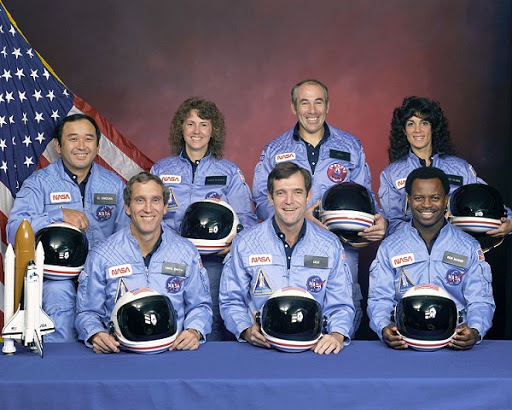 Now let's visit Georgia, where Grouchy Old Cripple reminds us what it's really like to live in Atlanta. A few 'truths' about that city:

Atlanta is composed mostly of one-way streets. The only way to get out of downtown Atlanta is to turn around and start over when you reach Greenville, South Carolina.

The falling of one raindrop causes all drivers to immediately forget all traffic rules. If a single snowflake falls, the city is paralyzed for three days and it's on all the channels as a news flash every 15 minutes for a week. Overnight, all grocery stores will be sold out of milk, bread, bottled water, toilet paper, and beer.

I-285, the loop that encircles Atlanta which has a posted speed limit of 55 mph but you have to maintain 80 mph just to keep from getting run over and is known to truckers as "The Watermelon 500."

Never buy a ladder or mattress in Atlanta . Just go to one of the interstates and you will soon find one in the middle of the road.

If it grows, it sticks. If it crawls, it bites. If you notice a vine trying to wrap itself around your leg, you have about 20 seconds to escape, before you are completely captured and covered with Kudzu.

There are many more interesting 'facts' at the link. Definitely giggle-worthy!


We now hop over to Kansas City, MO, where Crucis links to an article about an extraordinary feat of heroism.

A retired Indian Gorkha soldier ... thwarted 40 robbers, killing three of them and injuring eight others, with his khukuri during a train journey. He is in line to receive three gallantry awards from the Indian government.

The band of about 40 robbers, some of whom were travelling as passengers, stopped the train in the Chittaranjan jungles in West Bengal around midnight. Shrestha-- who had boarded the train at Ranchi in Jharkhand, the place of his posting--was in seat no. 47 in coach AC3.

"They started snatching jewelry, cell phones, cash, laptops and other belongings from the passengers," Shrestha recalled. The soldier had somehow remained a silent spectator amidst the melee, but not for long. He had had enough when the robbers stripped an 18-year-old girl sitting next to him and tried to rape her right in front of her parents. He then took out his khukuri and took on the robbers.

"The girl cried for help, saying 'You are a soldier, please save a sister'," Shrestha recalled. "I prevented her from being raped, thinking of her as my own sister," he added. He took one of the robbers under control and then started to attack the others. He said the rest of the robbers fled after he killed three of them with his khukuri and injured eight others.

During the scuffle he received serious blade injury to his left hand while the girl also had a minor cut on her neck. "They had carried out their robbery with swords, blades and pistols. The pistols may have been fake as they didn´t open fire," he surmised.

"He will be provided a special honor for doing Nepal proud at international stage," Finance Minister Surendra Raj Pandey said after the cabinet meeting on Thursday. The government [of Nepal], however, has yet to declare what the honor would comprise of and when will it be given.

The Indian government is to decorate Shrestha with its Sourya Chakra, Bravery Award and Sarvottam Jeevan Raksha Medal and the 35-year-old is leaving for India Saturday to receive the first of the awards on the occasion of India´s Republic Day on January 26.

His regiment has already given him a cash award of Indian rupees 50,000, and decided to terminate his voluntary retirement. He will get the customary promotion after receiving the medals. The Indian government will also announce a cash bounty for him and special discounts on international air tickets and domestic train tickets.

All his honors and rewards are well earned and richly deserved. Jai Mahakali, Ayo Gorkhali!


And finally (for tonight at least), Brigid had me in fits with her post on check rides and examinations. Her diagram of the electrical system on a Boeing 727 airliner made me goggle . . . after all, it's not every day one sees holy water, electric eels and toplessness combined in a technical chart! The cherry on top (you should pardon the expression) was this:

For, like any pilot, I hate taking exams. Written or otherwise. I think it started in early school years when I got a question really wrong.

The question was: "Where do women mostly have curly hair?

Apparently, the correct answer was Africa.

Best bit I've seen about Challenger and other NASA disasters:

That is unacceptable. Ships are safest in the harbor, but that's not what ships are for.

NASA, along with a handful of agencies for other countries, want to go back to the Moon, and push back the frontiers even farther to near-Earth asteroids and to Mars. I agree, and know that we must continue on. And, at some point, in some way, we will lose more people. This is inevitable, but it does not mean we should not go.
----------------------

that diagram is a copy from XKCD's "Circuit Diagram" comic strip...really funny! My professor now has it hanging on the door to his office.