Buried treasure of a different kind!


The hunt is on for what may be a multi-million-dollar cache of buried Supermarine Spitfire fighters, dating from the Second World War. The Australian reports:

IT'S the Lasseter's Reef of warbirds -- a rumoured stash of mint-condition Spitfires hidden underground in rural Queensland.

Many have searched for the legendary British fighters, reportedly still in their crates and hidden since the end of the World War II around the Queensland town of Oakey, but so far nobody has been able to lay claim to what would be a multi-million-dollar find.

They are the remnants of 656 Mark V and Mark VIII Spitfires that were delivered to the RAAF during the war. 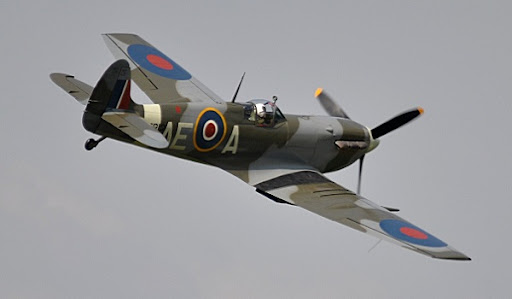 RAAF records show that 544 aircraft -- 232 of them Spitfires -- were flown to Oakey to be sold to a scrap metal dealer.

That should have been the ignominious end of arguably the greatest single-place fighter ever built, certainly the most legendary and romanticised. But was it?

... a lifetime Oakey resident, who did not wish to be named, claims to be a reliable witness to the burial site of five aircraft in what may have been a trial disposal near the old Federal Mine.

He did not see aircraft going into the ground, but he saw contractors digging a trench, and a large crate in it.

The contractors claimed a quarter of a century later to have buried the aircraft but could not be contacted for this story. 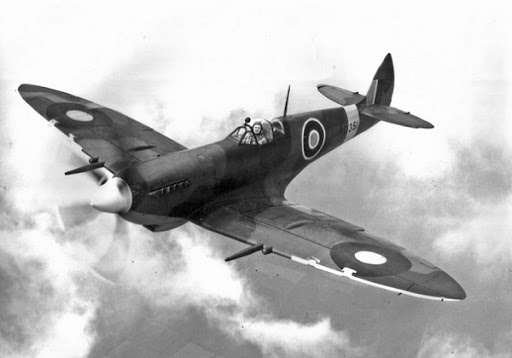 Lester Reisinger, who has conducted a number of searches, subscribed to the underground storage theory.

"They're there, all right, under the Oakey drive-in theatre," he said. An old mine, The Federal, passed under the now-disused drive-in and was the closest to the airfield. It closed in 1943 and two separate sources believed one driver was never away long enough to make the round trip to Brisbane.

It would not have been too difficult for one man to transfer a crated Spitfire from a truck to an old mine wagon, using the hand-operated gantry for transferring coal from mine carts to railway wagons.

Mr Martin and Mr Reisinger several times spoke to a man who swore he had been into an underground storage facility containing wooden crates on rail trolleys.

However, the witness could not tell whether the crates held complete aircraft, parts, or something else.

Both men believe the witness to be reliable, but because he was taken to the site at night by another man he was unable to pinpoint a location. However, it was only a short walk from the witness's house in Federal Street, near the mine of the same name.

Mr Martin also had an aerial photograph taken in 1945 clearly showing the portal to the Federal Mine still open, with rails, shiny from possible recent use, going into the tunnel.

The mine entrance was collapsed in the 1950s by the Jondaryan Shire Council, and the same aerial photograph clearly shows large crates sitting beside the nearby airfield.

Australian Army Intelligence judged these to be the size of Spitfire crates, but they were not there by 1948. The Spitfire was the only aircraft disposed of at Oakey that was shipped in a single crate.

If the Spitfires are there, and if they're still in good condition, and if they can be recovered, and if the Australian Government allows whoever finds them to claim ownership, on the grounds of 'finders, keepers' (they may not allow that - the aircraft originally belonged to the RAAF, after all), then whoever finds them will become very rich! The going rate for a Spitfire seems to be anywhere between one and two million pounds (about US $1.6 million to $3.2 million), depending on condition. If, as the report suggests, 232 Spitfires were delivered to Oakey for scrapping, and if even five per cent of them (a dozen aircraft) were somehow hidden away, that's anywhere from 19 to 38 million dollars waiting to be discovered!

I hope the Spitfires exist, and are found. There aren't very many of them left, and we need all we can get!

Greetings from Texas,
Like you, I hope this story is true and the spits are there. You might not be too happy with what you find.

Crates burried in the ground for 50 plus years are certainly going to decay and calaspe in on themselves. The plane them selves won't last much longer.

If they are in a sealed up mine shaft I doubt if they will be much better off.

In the 1960's an Uncle dug a trench and shoved a bunch of old trucks and cars (1920's-40's) that he considered eyesours in and buried them. Sometime in the 1980's some folks got permission to see what they could dig up. All they found were rust stains and a couple of lumps that were probably engines.

A cropduster in the area did the same with some old basket cases he didn't consider worth saving. In his case the hunters found nothing.

Spitfire fever sounds a bit like gold fever. It does charge the imagination - but it might not end up the way people hope.

I remember hearing variations on that story in the 80s, no planes ever showed up.
In 1997 during the 'gun buyback' there were a number of Hispano-Suiza 20mm cannon handed in in the Northern Territory, still in the factory wrapping. I still wonder where they came from and if there are any 'crate aircraft' to be found around Darwin.