From potential roadkill to national sensation???


It seems an American possum has conquered German hearts.

A cross-eyed opossum at Leipzig Zoo named Heidi has won worldwide adoration, with nearly 50,000 fans on her Facebook page. 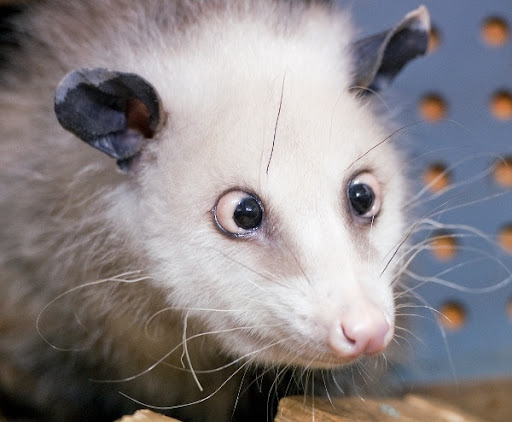 Heidi racked up 5,000 new fans on Thursday alone. The Facebook page, called "Heidi, the cross-eyed Opossum," features a photo of the squint-gazed marsupial and countless gushing comments revolving around her adorableness.

Heidi was born in North Carolina in May 2008 and was recently moved to Leipzig after a brief stay in Denmark. She suffers either from a simple abnormality of misaligned eyeballs or fatty deposits behind her eyes.

There's more at the link. Here's a German news report about Heidi.

I guess a German zoo is a bit of a change from North Carolina . . . but from Heidi's point of view, it's probably possum heaven!

I don't know if you saw that and kept a straight face, but I sure didn't. AD has some good advice on massaging those things, if for some bizarre reason you need it.