How times have changed!


I was amused, and more than a little taken aback, by a news report today about a military exercise in Taiwan.

Weeks after its neighbour China confirmed its growing military power with a test of its new stealth fighter jet, Taiwan has attempted to show its own hand with a public missile display.

Yet the test firing of 19 surface-to-air and air-to-air missiles left the Taiwanese government with red faces today after a quarter of the ballistics missed their targets. 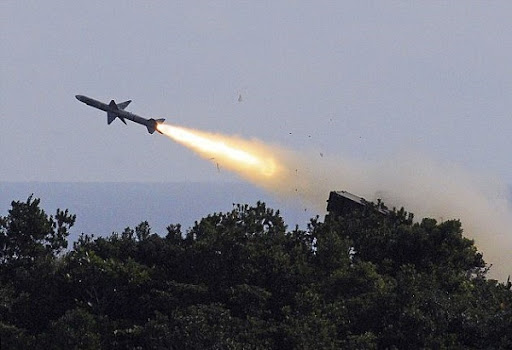 President Ma Ying-jeou admitted his exasperation after the tests, which were the first to be held in full view of the media for almost a decade.

'I'm not satisfied with the results,' he told reporters when the test was concluded.

'I hope the military will find out the reasons and improve its training.'

Clearly, President Ma Ying-jeou has no idea what he's talking about! To have three-quarters of the missiles fired hit their targets is a very good result indeed, far better than I'd expect in a war situation. When defensive missiles are faced with active countermeasures, as well as massed attacks by enemy missiles and/or aircraft, I think successes in the range of 10%-25% will be very acceptable. To improve on that in combat conditions will be remarkable!

It was only a couple of decades ago that 'smart weapons' really came into their own during the First Gulf War. They amounted to less than 5% of the bombs and missiles launched against Iraqi targets during that conflict; the rest were so-called 'dumb' munitions, unguided, relying on the skills of pilots and the targeting systems aboard aircraft to aim them accurately. The success rate in that war was nowhere near even 25%, as far as direct hits were concerned. A decade later, the success rate of 'smart bombs' had not reached even 50%. Yet now, another decade later, a politician is moaning because 'only' 75% of the weapons fired hit their targets! He clearly has a short memory . . . and no understanding of military realities!

Once upon a time we (me and the US Navy)were demonstrating our point defense system by attempting to use our ship-based missles to down a drone. It took five tries and three of 'em never left the rail. Confidence was not high after that...
WV: "dithloss" as in "Dithloss ith not atheptable".