Will the Internet run out of addresses soon?


Vint Cerf, one of the 'fathers' of the Internet, gave an interview to an Australian newspaper last week, in which he warned that the Internet is about to run out of addresses. 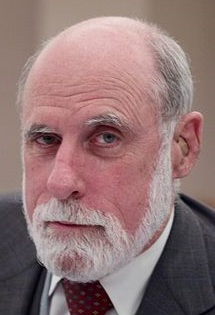 The "father of the internet" says the world is going to run out of internet addresses "within weeks" - and it will be all his fault.

Google's chief internet evangelist, Vint Cerf, who created the web protocol, IPv4, that connects computers globally, said he had no idea that his "experiment" in 1977 "wouldn't end".

"I thought it was an experiment and I thought that 4.3 billion [addresses] would be enough to do an experiment," he said in group interview with Fairfax journalists.

The protocol underpinning the net, known as IPv4, provides only about 4 billion IP addresses - not website domain names, but the unique sequence of numbers assigned to each computer, website or other internet-connected device.

The explosion in the number of people, devices and web services on the internet means there are only a few million left.

The allocation of those addresses is set to run out very shortly but the industry is moving towards a new version, called IPv6, which will offer trillions of addresses for every person on the planet.

"Who the hell knew how much address space we needed?" Cerf said.

"It doesn’t mean the network stops, it just means you can’t build it very well."

I hope IPv6 gets up and running before we run out . . . or I won't be able to make new blog posts for a while! I'd hate to deprive you of the fun of reading them - and me of the fun of writing them!

IPv6 will be a bit of a hurdle, but once we're over that it should be enouogh to last at least a lifetime. I'm curious to see what happens to make v6 obsolete, though.

Peter, your own concern is allayed within the section of the article you cited--IPv4 running out of addresses will have no impact on existing websites, and you'll be able to blog just as before--but it could limit the number of new readers, if their device can't get an IP to get online!

Jim, with trillions per person, we'd be okay for quite some time--and that number hugelyunderrepresents the actual number!

"The very large IPv6 address space supports a total of 2^128 (about 3.4×10^38) addresses - or approximately 5×10^28 (roughly 2^95) addresses for each of the roughly 6.5 billion (6.5×10^9) people alive today. In a different perspective, this is 252 addresses for every observable star in the known universe." ... "So we could assign an IPV6 address to EVERY ATOM ON THE SURFACE OF THE EARTH, and still have enough addresses left to do another 100+ earths. It isn’t remotely likely that we’ll run out of IPV6 addresses at any time in the future."
[http://itknowledgeexchange.techtarget.com/whatis/ipv6-addresses-how-many-is-that-in-numbers/]

Also, Windows 7, WinXP, and Windows Server 2003 and 2008 already support it! It's just up to the network admins and ISPs to start using it..

(To clarify, it is trillions of addresses per person--fifty trillion trillion!)