Today's award goes to the entire British criminal justice system. Two recent reports suggest it's degenerated into a pale, wimpish imitation of what it once was.

First, we learn of a criminal with no less than 578 convictions who has never served a single day in prison!

The case led an MP yesterday to describe the criminal justice system as a ‘joke’.

The serial offender is one of thousands given community sentences every year for crimes including violence and sex attacks, despite having been convicted or cautioned more than 50 times before.

The appalling statistics are seen as proof that the justice system is failing to tackle career criminals who repeatedly avoid being locked away.

Prisons Minister Crispin Blunt revealed the case of the man with 578 offences in response to a parliamentary question by Philip Davies, Tory MP for Shipley.

He refused to give any details about the offender or his crimes.

David Green, of the think-tank Civitas, said: ‘I have long argued that career criminals should be jailed for a long period, because they have no respect for the rights and obligations of normal life.

‘We all accept that prison should not be something we resort to too quickly.

‘We would all like to be given a second chance if we do something stupid - it’s the 578th chance I have a problem with.’

On the same day as that report appeared, a judge lashed out at sentencing guidelines that prevented him from sending a convicted burglar to prison.

Julian Lambert lambasted the justice system as ‘soft’ after he was forced to hand burglar Daniel Rogers, 25, a community sentence.

He said: ‘I’ve never seen anything so wet in all my life - 80 hours’ community work for burgling someone’s house.

‘I very much regret sentencing guidelines which say I should not send you straight to prison.

‘We live in soft times.’

His comments highlight the frustration felt by many judges over restrictions placed on their powers.

It states that cases of burglary with minimal loss and damage and a low impact on the victim should be dealt with by a community sentence.

It was recommended that he sentence Rogers to just 80 hours’ community work.

But the judge gave him 240 hours, a six-month curfew between 9pm to 6am, a 12-month ban from licensed premises and 18 months of supervision.

He told Rogers: ‘You’ve got the lot. It may be easier for you to do the time.’

With a criminal justice system like that, is it any wonder that Britain's violent crime rate is the worst in Europe - worse even than the USA?

I submit it's high time the Royal Coat Of Arms was modified. 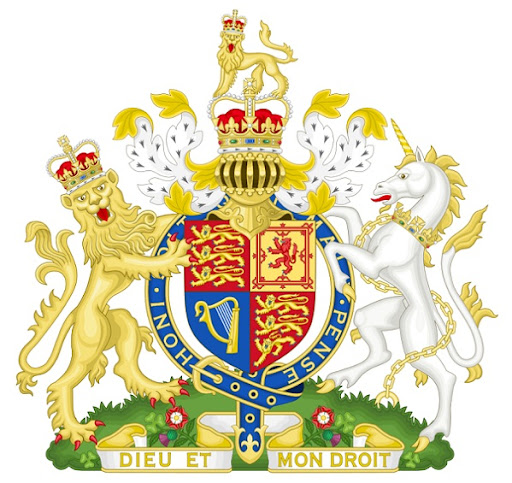 The lion looks altogether too healthy. To appropriately represent the current condition of the British Realm, he needs to be portrayed with an acute case of mange. Furthermore, the unicorn should be replaced with a court jester, to represent the joke that the British legal system has become!

I wonder when the honest,law abiding Brits will say "enough" and bring out ropes and start hanging miscreants from the nearest street lights? IIRC, there's been a few cases of people beating the snot out of suspected pedophiles in the UK, so it seems to me that they merely need pointing in the right direction...