Around The Blogs, Part 2


We continue yesterday's Around The Blogs post with five more entries from blogs I follow, or where links were sent to me by friends.

First, Naked Capitalism alerts us that the banks who have monumentally screwed up the handling of mortgages and home loans are now trying to get legal indemnity for their errors - at our expense.

Third Way is an influential think tank whose board is composed of a special Wall Street-type - the Rubin Democrat. These people sit at the nexus of politics and finance, and are conduits for big bank friendly information flow into the administration and Congress. The President of the think tank, Jonathan Cowan, was the Chief of Staff for Andrew Cuomo at HUD in the 1990s, and Third Way is well known in policy circles for delivering ‘politically safe’ and well-packaged conventional wisdom. Oh, and one more thing - the new White House Chief of Staff Bill Daley, who just left the most senior operating committee of JP Morgan, was on their Board of Directors.

So by looking at this proposal, we are looking at the state of play among high level policy makers in DC, particularly of the New Dem bent. This is how the administration will probably try to play foreclosure-gate.

Their proposal, not surprisingly, is yet another bailout.

The big difference between the original and the new, improved version of the bailout model is that the payouts to the banks were at least in part visible the first time around. This is an effort yet again to spare the banks any pain, not only at the cost of the rule of law but also of investor rights.

This proposal guts state control of their own real estate law when the Supreme Court has repeatedly found that "dirt law" is not a Federal matter. It strips homeowners of their right to their day in court to preserve their contractual rights, namely, that only the proven mortgagee, and not a gangster, or in this case, bankster, can take possession of their home.

This sort of protection is fundamental to the operation of capitalism, so it’s astonishing to see neoliberals so willing to throw it under the bus to preserve the balance sheets of the TBTF ["Too Big To Fail"] banks.

The memo completely ignores the harm to investors from the bank mistakes and lacks any provisions for damage to investors to be remedied. Moreover, denying borrower rights removes their leverage to obtain deep principal mortgage modifications, which for viable borrowers produces lower losses than costly foreclosures and sales of distressed property. Thus this shredding of contractual protections in mortgages not only hurts borrowers but also harms investors.

So to save the banks from their own, colossal abuses of contracts that they devised, the Third Way document advocates Congressional intervention into well established, well functioning state law. This is a case where these matters can and should be left to the courts and ultimately state AGs to coordinate the template of a more broadbased solution.

But this proposal is this memo is a direct result of the banks losing in court and the fear that they will continue to lose. The Massachusetts Supreme Judicial Court Ibanez decision is clearly the trigger for the release of this plan. The SJC said its decision was merely articulating well established law. Consistent application of these principles will mean more losses for the banks. This memo is clearly an attempt to stop this as soon as possible. The real message of this document is clear: we can’t permit justice to prevail if it will hurt bank profits and balance sheets.

There's more at the link. Very important reading . . . and it makes me angry enough to reach for a rope! This has got to be stopped. Kudos to Naked Capitalism for outlining the problem - and the dangers - so clearly.


On a lighter note, I Can Has Cheezburger? frequently makes me laugh. This photograph proved no exception to the rule! 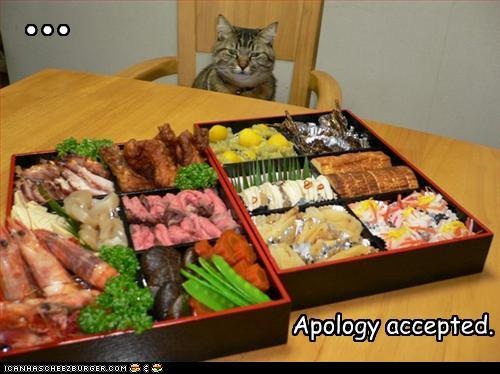 Click the image to be taken to its home page on ICHC. While you're there, explore some of their other Lolcats. You're sure to find something to amuse you. - that's why I visit the site every day.


January 27th marked the anniversary of the liberation of Auschwitz by Russian forces in 1945. I've written about it here, but I found Earthbound Misfit's thoughts very compelling. In particular, this bit of wisdom resonated with me.

I am a second generation American on one side of my family and a third on at least of the other side. So I am 2 or 3 generations removed from the ones who came over on the ships. Most of them had passed by the time I was old enough to understand, so I didn't hear their stories directly. I did hear a few of the stories from their children, the generation before mine.

One of the immigrants would make sure that her children knew how to move with very little. She would move her family every few years and drastically limit what they could take with them. A fair number of her family had not left the Jewish areas of Imperial Russia because they were relatively prosperous. Her opinion was that you don't own things, things own you, and that if you had too much stuff, you wouldn't flee when you should. She was right, for between the pogroms, the Russian Revolution, the Russian Civil War, the famines and then the Holocaust, all contact with what relatives remained behind were lost.

You can read more at the link. Bold print is my emphasis. As for 'traveling light', having moved recently (encumbered by many years' accumulation of possessions, particularly books, which are my major weakness), I can't help but think that her ancestor would give me up as a lost cause!


The good people at Dark Roasted Blend have compiled several articles about very large ships. Their pictures and collected facts make for fascinating reading. For example, here's the Knock Nevis, until recently the largest ship in operation anywhere in the world. She displaced 646,642 long tons at full load. She was scrapped last year. 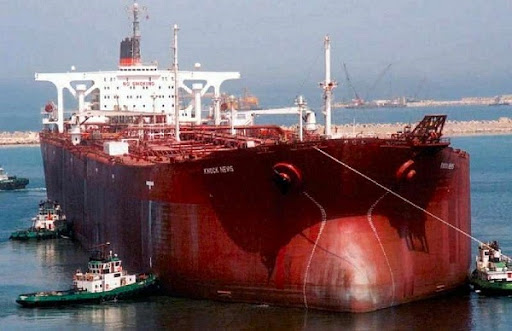 If you're at all interested in 'going down to the sea in ships', you owe it to yourself to spend an hour or so going through DRB's collection. You won't be disappointed.


Finally, the Not Dead Dinosaur reminds us that, medically speaking, 'clinically proven' is a completely meaningless claim.

"Clinically proven" is a meaningless combination of words that mean someone is trying to sell something. Isn’t there some kind of rule against making stuff up, even in advertising? Obviously people are used to it in politics, but those are opinions, to which everyone is entitled. What people are NOT entitled to is their own facts. There is no clinically proven remedy available without a prescription for menopausal symptoms, quick and painless weight loss, or sinus congestion that can be purchased from a radio ad, because there is no such thing as "clinically proven".


I hope you enjoy my wanderings through the world of the blogosphere. I'm often stimulated and challenged by what I find there, and I like to share it with you, my readers. There are some great blogs out there.

The Peripatetic Engineer has a nice comment on green jobs of the future here. It reads best if you also read the previous post.

Movers hate me. No couch, no entertainment center, but cartons and cases of books.

That said, after riding out two semi-disasters, the books are expendable. Laptop, good workboots and some legal papers, a good hat and my two favorite firearms and I'm set for the road. I'd rather take a few more things, but if you gotta run, run light.
LittleRed1