'Flying the ball' takes on a whole new meaning!


I've heard naval aviators speak of 'flying the ball' in reference to the Fresnel lens of an aircraft carrier's landing guide lights. They'd be told to 'call the ball' to indicate that they could see it, and would then fix their eyes on it, 'flying the ball' to keep their aircraft on the glide path until it struck the deck.

However, the video below shows a whole new aspect to 'flying the ball'.

That's a pretty remarkable display! It's from the Institute for Dynamic Systems and Control, a facility in Zurich, Switzerland. They use Hummingbird quad-rotor UAV's from Ascending Technologies (shown below), and modify them by adding their own electronics. 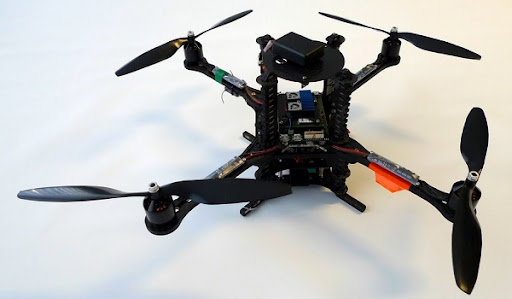 The modified aircraft are used to test various theories of flight control. The ball-handling in the video clip above is one way of demonstrating the level of control they can achieve.

If they've got this far already, I look forward to seeing how future experiments progress. Perhaps we'll see a UAV 'bend it like Beckham' one day!

Speaking of naval aviators, have you seen these videos yet?

Those guys definitely have my respect!