Astrophotographer Thierry Legault has captured an unforgettable image of the space shuttle Atlantis, on its final mission, approaching the International Space Station prior to docking. He was able to capture the two craft as they crossed in front of the Sun.

The image is posted on his Web site, and makes great wallpaper if you download the full-size version. Here's a much smaller copy to whet your appetite. 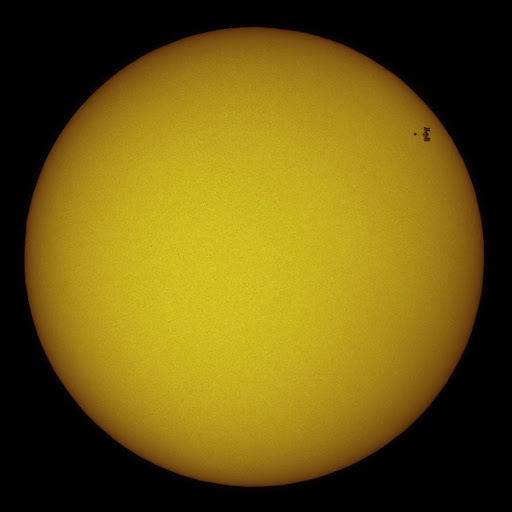 Of course, the shuttle and the space station are visible only as specks on so small an image. Here they are at magnified resolution. 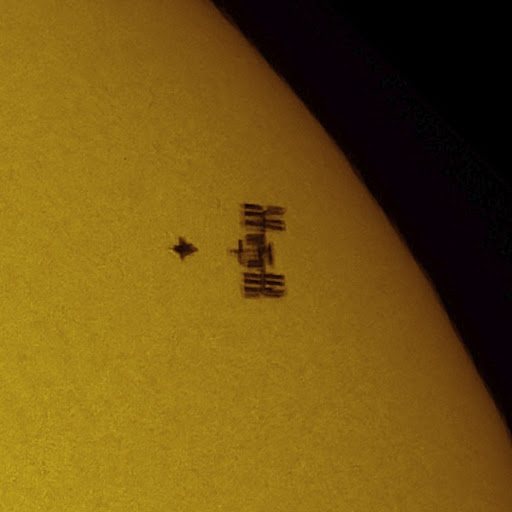 More details were given in an article about the photograph.

The 48-year-old Frenchman travelled to Madrid so he would be in the ideal location to watch the transit of the two spacecraft.

This placed him in the centre of a five-mile wide visibility band that stretched across Spain, southern France and Northern Italy.

'I came to Spain as the rest of Europe was expecting poor weather on Sunday,' he said.

'I had to be standing less than 500 metres from the centre of the visibility band and there were no second chances if I had missed.'

It is even more impressive when you consider the two spacecraft were 250 miles away and moving at 4.6 miles per second or 16,500mph.

The snapshot was taken in broad daylight at 1.28pm on May 16 using a specialised SBIG ST-10XE mounted camera and a 14in telescopic lens. 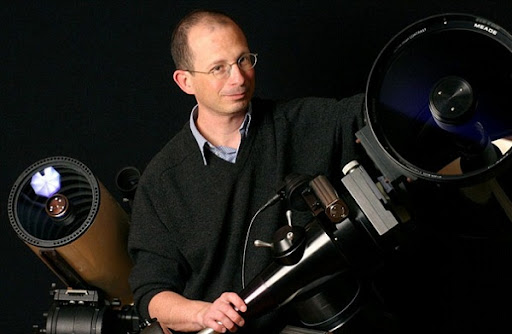 To ensure the quick-moving craft could be captured in direct sunlight with his camera, he combined a pin hole-sized aperture, letting in only a little light, with a extremely fast shutter speed.

Also, because he used to a prism on the lens to filter out the light, the sun appears almost ghostly and without flares.

The Shuttle was in the process of performing a back flip so that astronauts on board the orbiter could study the heat shield for any damage caused during the launch.

There are many more of M. Legault's photographs on his Web site. Very highly recommended viewing for anyone interested in photography, or space, or both.