I remember the James Bond movie Octopussy, released in 1983. The leading lady's residence was a palace on an island in a lake, and I recall wondering how the set had been constructed. I learned today that it wasn't a movie set at all, but a real place: the Lake Palace on Lake Pichola in India. It's been renovated into a hotel. 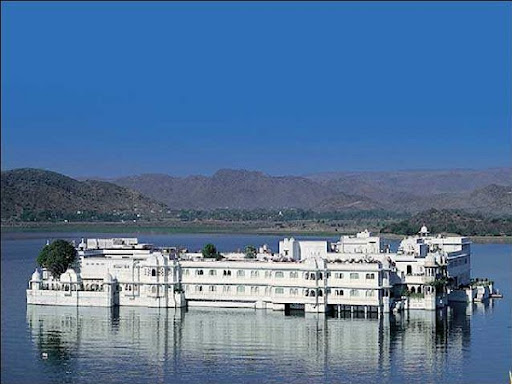 According to the hotel's Web site:

Conceived in romance, the palace was built in 1746 by Maharana Jagat Singh II, 62nd successor to the royal dynasty of Mewar – believed to be descendants of the Sun God. Set against the backdrop of the majestic Aravalli Mountains on one side of the lake, and lofty palaces on the other, the Taj Lake Palace spreads across a four-acre island – an almost surreal vision in marble. 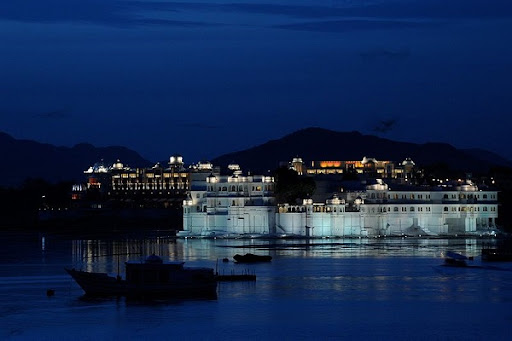 I'm not surprised to learn from Wikipedia that "The Maharana, ruler of Jaipur from 1628 to 1654, was very friendly with Mughal Emperor Shah Jahan and encouraged his craftsmen to copy some of the glories of his incomparable buildings at Agra." The influence of one of those buildings, the world-famous Taj Mahal, is evident in some of the architecture of the Lake Palace. 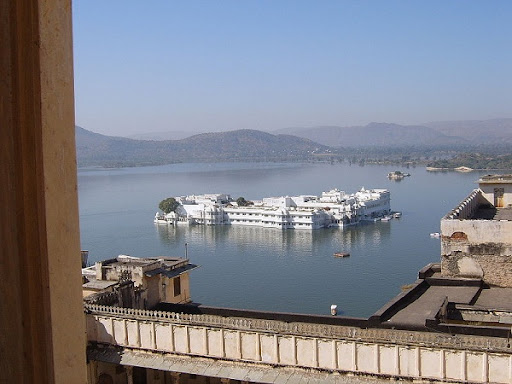 I'm glad I found those links and pictures. It's nice to put the film set into its historical perspective. If I ever visit India, I'm going to have to go there, I think.