Last year saw the first Blondes Parade in Latvia. I blogged about it at the time. It was such a success that the Latvian Association of Blondes decided to make it an annual event. They've just held their second Blondes Parade, which appears to have been even more of a success than the first, according to Baltic Reports.

This weekend marked Riga’s second annual Go Blonde Parade, and the fair-haired young women of Latvia were out in force. 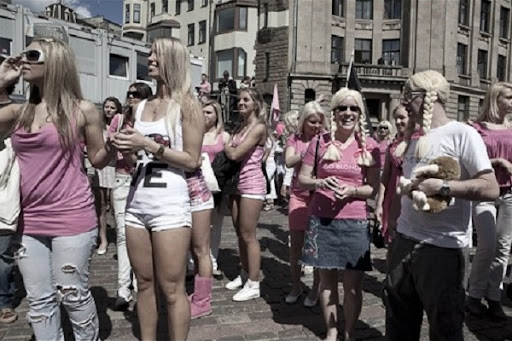 “People admire, envy, and make jokes about us, but nobody remains indifferent! Why?” wonders Olga Uskova, one of the founders of the Latvian Association of Blondes. 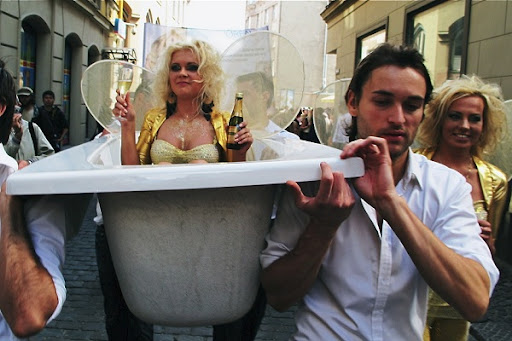 Well, it is certainly a good distraction from the economic crisis, which is the festival’s initial purpose. It’s also made headlines worldwide promoting the beauty and blondness of Latvian women. 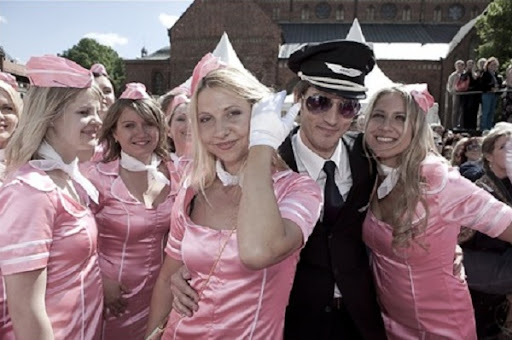 “I was so tired, you know, every day opening the computer and reading the newspapers and just reading about problems. We decided … let’s do something nice,” Marika Ģederte, president of the Latvian Association of Blondes told the BBC Saturday. 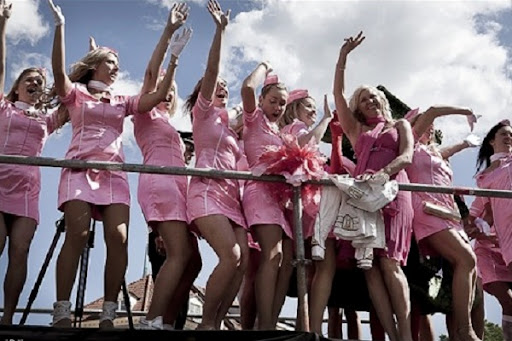 The weather worked perfectly, as sunny as the mood, and hundreds gathered in Old Town to see Saturday’s parade.

Looks like a good time was had by all!

Good on them if they're having fun. I'd prefer an honest brunette to a fake blonde, but à chacun son gout.