A rather messy World Championship!

Teams at the event, in the village of Coxheath near Maidstone, were given maximum points for throwing a pie squarely into their opponents' faces. 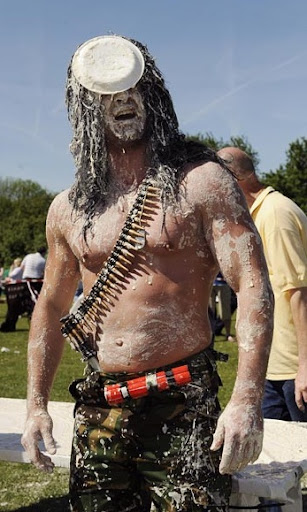 Judges also awarded up to five points for the most original and amusing throwing techniques.

This year's champions were the High Pressure Cleaning team who beat last year's winners Coxheath in the final. 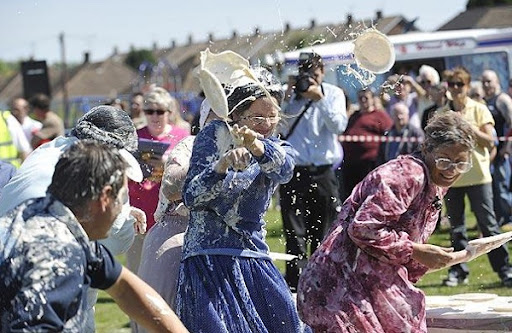 The championships were started in 1967 by Councillor Mike FitzGerald to help raise funds to build a village hall.

The idea for the charity event came from a Charlie Chaplin comedy, Behind The Screen. 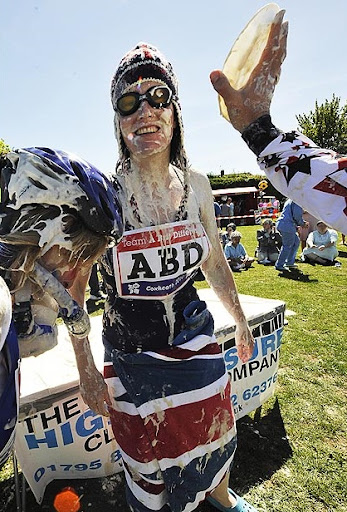 Mr FitzGerald said it has proved such a success teams had entered from as far afield as Germany and South Africa.

I really should enter next year's event. After all, being a retired chaplain and pastor, isn't piety supposed to be one of my attributes?