Why background checks are useful things


It seems a school board in Germany didn't check up too closely on their philosophy teacher.

School governors have sacked a philosophy teacher from his job teaching 14-year-olds after discovering his secret life as a blood smeared death metal rock singer.

By day shaven-headed Thomas Gurrath discussed ethics with his pupils at the high school Germany.

But by night he calls himself The Bloodbeast and writhes around on stage covered in animal blood with topless backing singers and his band Debauchery. 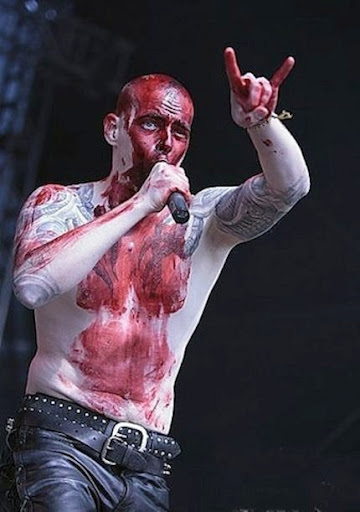 Shocked officials ordered Gurrath to quit saying his performances were a form of mental instability that made him unsafe to be around children.

"It was very worrying to listen to his music and then realise he was teaching our children," said one parent.

I don't know . . . from what I've seen of modern youth, I'd imagine that they'd give him far more attention and respect in class if they knew about his extracurricular activities!

I dunno. If his teaching methods and material were sound, it shouldn't matter. He wasn't doing anything illegal. It's like sacking someone for finding out that they play M-rated video games in their free time.

I agree. What he does on his own time - so long as it doesn't interfere with his work - is his own business.

How ironic. Maybe the administrators need to think a little more philosophically.