The critical importance of military leadership


The New York Times has published an excellent article about the importance of lower-ranking officers in leading US troops in combat. It's a subject frequently overlooked by civilian commentators, and by more senior military personnel writing professional articles or their memoirs. Such sources tend to focus on the 'big picture', rather than the up-close-and-personal, point-of-the-spear reality of the combat soldier. This article helps to correct that. Here's an extract.

As commander of Alpha Company, First Battalion, 87th Infantry Regiment, Captain Bonenberger was in charge not just of ensuring the safety of 150 soldiers, but also of securing the district of Imam Sahib, a volatile mix of insurgent enclaves and peaceful farming villages along the Tajikistan border. 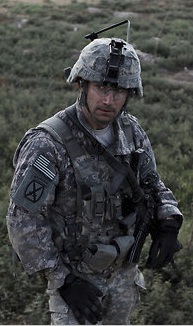 In his first three months of command, he had led soldiers in bruising firefights, witnessed the aftermath of a devastating car bomb, nominated soldiers for valor awards and disciplined others for insubordination. He had put in countless 18-hour days writing reports, accounting for $30 million in equipment and planning missions, at least one of which he had to abandon when his Afghan partners, the local police, unexpectedly declined to participate.

Captain Bonenberger, a graduate of Yale who protested the invasion of Iraq before he joined the Army, had deployed to Afghanistan once before, as a lieutenant in 2007, but had not commanded a combat unit. Now he had the prospect, terrifying but also thrilling, of shouldering greater responsibility than he had ever known.

"You have the ability, and the responsibility, to imagine and implement the strategy that will turn your districts from red to yellow to green," he said. "Taking command of Alpha Company was one of the crowning achievements in my life."

Many officers fondly recall their days as platoon leaders and company commanders as the most fulfilling of their military careers. Yet the Army each year faces an exodus of captains from the service. Burnout, second-guessing by superior officers and the prospect of dull administrative jobs after deployment are often cited as reasons.

Alpha Company stumbled into a series of fierce firefights in July just a few miles east of Imam Sahib city, the district’s government center. The next month, a car packed with mortar shells exploded near a convoy of American and Afghan trucks in the village of Qurghan Tapa, killing eight Afghan police officers and militiamen and wounding two American soldiers.

The bombing was devastating to the local police, who lost several top officers. But it was also wrenching for Captain Bonenberger, who had taken command of Alpha Company just weeks before. In the following days, the company battled insurgents around Qurghan Tapa, and the experience cemented his resolve to control the nearby hill.

"It’s all related for me," he said in early September. "It all started with that suicide bombing."

But the Taliban were not Captain Bonenberger’s only concern. The Afghan police could be unreliable partners, sometimes skipping planned missions, sometimes fleeing when shooting began.

The allegiances of the district police chief were also unclear. The Americans had received complaints that he was using the police to help his brother, a member of Parliament who was running for re-election. Other rumors connected the chief’s family to militias that smuggled drugs and weapons across the Tajikistan border.

Even more worrisome, the district governor was the brother of a Taliban commander who controlled villages south of Imam Sahib city. The governor claimed he had been trying to get his brother to support the government, but the Americans assumed that anything they told the governor’s office would be shared with the Taliban.

His contract will be up next year, and he was not sure he would re-sign. "I’m definitely on the fence about that one," he said.

"Part of it is just the exhaustion of constant campaigning, and part of it is the bad things that have happened that I take ultimate responsibility for," he said. "I’m getting pretty well tired of seeing dead bodies, that’s for sure."

For now, though, he had many more missions to plan and a company of soldiers to worry about.

There's much more at the link, including combat reports and descriptions of operations. Very interesting and valuable reading.

If you haven't seen it, I *highly* recommend renting (actually, I recommend buying, but at the least, rent it) "Restrepo".

I really can't say enough good things about it.

...and read Sebastian Junger's "War," which covers a lot of the same material.

My friends son is in the 101st currently deployed in Afganistan. He blogs from the front at http://www.mattspartz.com/
He writes about the same sort of things. We as a nation have put a tremendous responsibility on these young men and women and I am grateful that there are such people willing to serve,

Thanks for the link, Chip!