The National Geographic Society reports that a 3,000-year-old Assyrian palace, discovered in southern Turkey, is yielding a rich trove of cuneiform tablets that are revealing many details of life in the Assyrian Empire.

Palace scribes jotted down seemingly mundane state affairs on the tablets during the Late Iron Age—which lasted from roughly the end of the ninth century B.C. until the mid-seventh century B.C. 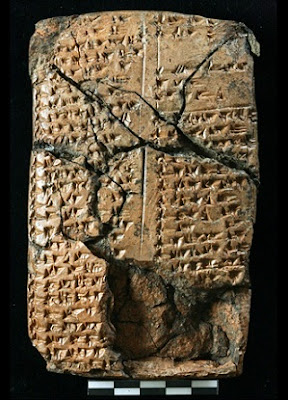 But these everyday details, now in the early stages of decoding, may open up some of the inner workings of the Assyrian government—and the people who toiled in the empire, experts say.

"You're really getting at the nitty gritty of the management of the empire through these kind of records," said Melinda Zeder, director of the archaeobiology program at the National Museum of Natural History in Washington, D.C., who was not involved in the research.

"And that does what history really should do—creates a connection between our lives and the lives of people [many] years ago," added Zeder, a member of the National Geographic Society's Committee for Research and Exploration.

A team led by University of Akron archaeologist Timothy Matney has been excavating the massive mud brick palace, once inhabited by the governor of the empire's Tushhan Province, for more than a decade.

The palace is located in Ziyaret Tepe, one of three fortified cities that the Assyrians built in the northern reach of their empire on the banks of the Tigris River.

These urban administrative centers allowed Assyrians to exploit timber, stone, and metal resources from the mountains of eastern Turkey, materials that were relatively scarce in the empire's heartland near present-day Al Mawsil (Mosul), Iraq, Matney said.

When Matney and colleagues return to Ziyaret Tepe in 2010 to look for more tablets, they'll be racing against the clock: A planned hydroelectric dam project will swamp the region as early as 2013.

Nevertheless, Matney said, the Turkish government is supporting digs at places such as Ziyaret Tepe to discover as much as possible while such sites remain above water.

I know this may not interest many people, but I've always been fascinated by the uncovering of ancient records such as these. It's all very well to know the broad sweep of history - who was King of what country at what time, or which nation conquered another, and why - but it's the everyday details of life in times past that interest me. I hope these tablets will show us more about what it was like for people like you and I to live in those ancient times. The similarities are sometimes uncanny, even down to the complaints that people make. For example, Socrates (470-399 BC), writing not long after the period under discussion, opined:

“Children today are tyrants. They contradict their parents, gobble their food, and tyrannize their teachers.”