US Marines make do to make war


I really like the attitude of the US Marine Corps when it comes to critical equipment. If they can't afford something, they find a cheaper alternative that's just about as good. If they're relying on another service to develop something they need, and that service has to curtail its program, they come up with an alternative solution (often at a fraction of the original cost).

They've done it again with their new Assault Breacher Vehicle (ABV). Originally the USMC planned to buy some of the US Army's proposed Grizzly breacher vehicles. When that program fell victim to budget cuts, they went ahead and developed the ABV on their own initiative, using older M1 Abrams tank hulls and modifying them at the Anniston Army Depot in Alabama (shown below). 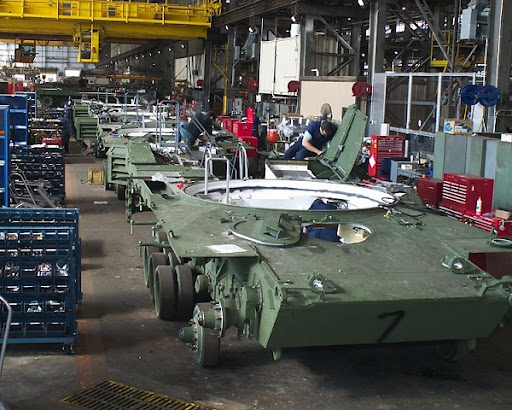 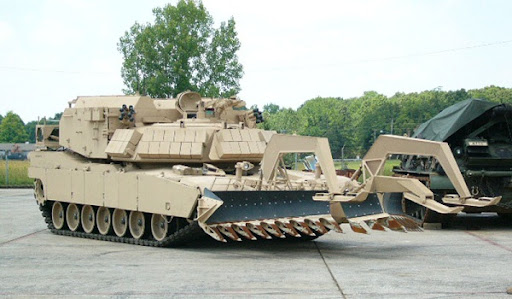 The ABV has just gone into combat in the Helmand province of Afghanistan. Ares reports:

During Operation Cobra’s Anger earlier this month near the Afghan town of Now Zad in Helmand province, the Marine Corps rolled out a fearsome new weapon, the 62-ton Assault Breacher Vehicle (ABV), a tracked, armored vehicle that can clear a lane through minefields, expose and detonate IEDs and plow a path though obstacles.

How does it do it? True to the Marine Corps’ ethos, it blows them to bits.

The ABV was developed by the Corps to meet the threat the Grizzly program, canceled in 2001, was meant to defeat. When the Grizzly was consigned to the dustbin of history, the Marines set to work on a new mine-clearing vehicle by taking the chassis of an M1A1 Abrams Main Battle Tank, lopping off the turret, replacing it with a line charge device, and adding a plow on the front that can churn up the ground, exposing any IEDs that might be buried in its path. But the vehicle’s primary calling card is the Mine Clearing Line Charge (MICLIC) which carries a whopping 1750 lbs. of C4 explosive that can be shot out 100 meters, and is detonated remotely to simply blast the IEDs out of existence. 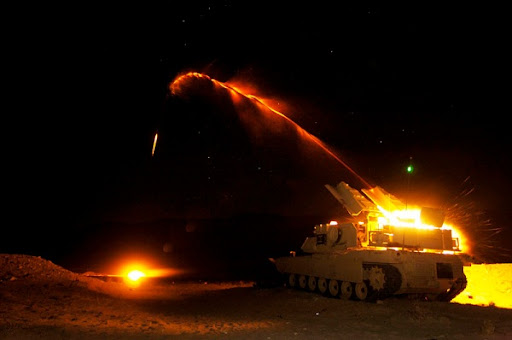 During the assault on Now Zad, “we did six different bre[a]ches, with a total of 11,500 meters of cleared bre[a]ch lane and shot 24 MICLIC line charges,” 1st Lt. Jody Stelly of the USMC’s 2nd Combat Engineer Battalion, who took part in the action, tells Ares. They also plowed up two IEDs, and can confirm five more IEDs blown up, though Stelly says the exact number is hard to estimate.

Lt. Col. Kirk Cordova said that if any insurgents were near the blast, “they would be real gooey inside. But the shock and awe effect of nearly a ton of C4 detonating I’m sure scared the tar out of ‘em. It’s an awesome sight.”

There are currently five ABVs in Afghanistan, and the Marines have plans to field a total of 52 by 2012, of which about 34 have already been produced. 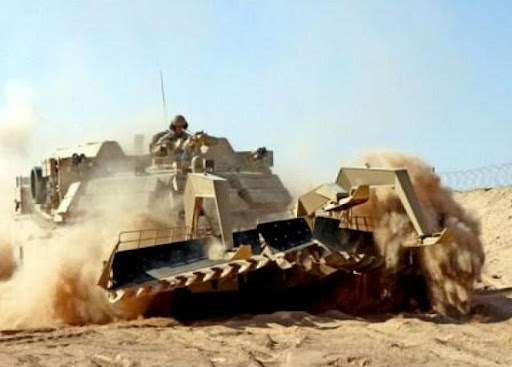 In a twist on the normal development process, what the Marines have built, the Army is now clamoring for. “The Army loves ‘em. They’re buying 187 of them,” J.F. Augustine of the Marine Corps System Command tells Ares, adding that “they’ve already started their buy, they’ve built I think seven for the Army already.”

Here's a video of the ABV during trials.

Looks like a very capable vehicle indeed. Kudos to the USMC for 'making do' so very effectively. Now, if I can only persuade them to sell one to me to clear those rush-hour traffic jams . . . a rocket-propelled hose with seven-eighths of a ton of C4 should do very nicely, thank you!

Labels: Boys and their toys, Military, Technology, War
Email ThisBlogThis!Share to TwitterShare to FacebookShare to Pinterest

There is also a boatload of reactive armor on the front of the turret of that bad boy.

I was just thinking that Abrams chasis probably already has more and better armor protection than any other vehicle they would buy.
MechAg94

And all the Abrams tank drivers are asking if they can get those cool new front bumpers also.
MechAg94

The Rome Plow, created by a US Army mechanic to fit on Sherman tanks in the hedgrows of Normandy, all growed up and outfitted with bad-boy toys. "When it absolutely, positively has to be blown up overnight" is still the motto of the USMC, and they will do it with sealing wax, baling wire and a length of string.

Loved the scenes of the MBV pushing the concrete blocks around and ripping through the anti-tank obstacles. The other stuff was good, too, but clearing a lane on the beach is what makes this old gyrene's heart go pitty-pat.

Net message to wanna-be terrorists, Islamofascist road bandits, budget-crunching Pantywaists-In-Chief and miscellaneous Gubmint "economists": Do NOT f**k with the USMC...