I didn't know this, but apparently there are people who make a practice of sleeping in airports when traveling, rather than pay for a cheap hotel. Also, of course, there are travelers who do the same for shorter periods between flights. There's a Web site devoted to helping such people: The Guide To Sleeping In Airports.

According to them, the best airport for sleepers, and winner of their Golden Pillow Award, is Changi in Singapore. They report:

Yawn.....since this site began more than 12 years ago, Singapore has always won our prestigious Golden Pillow Award. While they may not take any noticeable pride in this great achievement, Singapore's Changi airport remains the reining mother of all airports. Airports around the world should emulate this airport and airport sleepers must visit it on their travels. Sleepers worldwide will be brought to tears of joy when they discover all of the wonderful amenities available at "Club Changi". Throw away those inflatable rafts for this trip, my friends, because you will find specially designed "snooze chairs" in the rest areas. 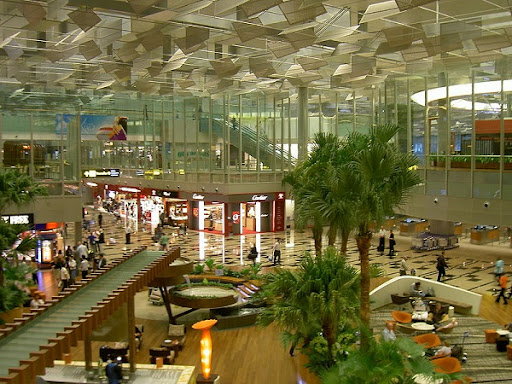 In addition to those typical amenities that we rave about at other airports such as internet cafes, prayer rooms, shopping, and good eats, add these upgrades available at Changi: free WiFi and internet, free city tours, a swimming pool and Jacuzzi, 24 hour massage and spa facilities, 24 hour business center, video games, music lounges, live bands, six gardens, a special "official" napping corner, and free movies -- all at the airport. There really is no reason to leave Club Changi. Several contributors have raved about Singapore's Changi airport and have suggested you stay a few nights there even if you have the money for a hotel. I am almost inclined to travel to Singapore, just to camp out in the airport. Best of all, the airport is comfortable, safe, quiet (so quiet in fact that students have gone there to study for their during exams) and there's even a karaoke bar. One other fun fact about this little piece of heaven on earth are the signs that read " no pets, no skateboarding, no smoking and no studying".

On the other hand, the worst airport for sleepers is apparently Charles de Gaulle in Paris, France. They report the following comments from travelers, among others:

"the guy on the electric floor swiper drove at us several times and drove over the front of the bench where are feet where about 10 or 12 times in the space of 10 mins."

"Plenty of REALLY strange people asking for cigarettes and money all night long."

"the guy at the counter said that he would not speak to us because we had the wrong attitude and he would only speak with the passengers with the right attitude."

"The washrooms were dirty and had a really rank smell, like urine left in a toilet bowl for weeks on end." 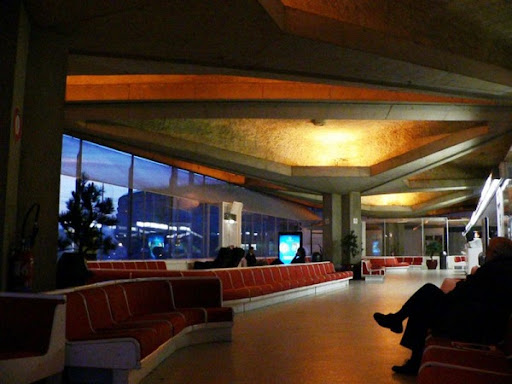 "all the terminals were full of homeless people who smelled bad, touched themselves in inappropriate places."

"I was propositioned not once but twice by the same man asking me for casual sex, which was understandably a little frightening for a lone 20 year old woman wandering the airport at night."

"The worst major airport in the developed world!!! Period. Bar none. The facility like the people are rude arrogant, indifferent and more than a little spiteful. Looking back on my experience though I've come to fully understand that CDG is an airport that Parisians actually deserve."

All in all, an informative Web site for travelers, and a fun read for the rest of us!

I can confirm both! There isn't a more dramatic contrast in the world. Changi is the only airport where you WANT a long layover.

Actually, a darn useful site!
Thanks, Peter. I always travel long-haul and am continually subjected to late or missed link flights, with the result I end up waiting for connection flights for hours on end. The record so far was in excess of 12 hours in Helsinki and Narita, Tokyo. Narita is excellent during daytime, but Helsinki was so-so.

Agree with Grace, in SPADES... De Gaulle is closely followed by Madrid, another @#$& hole!

I haven't had the pleasure of CDG...don't want to. I second Madrid, a massive echoing shell, beautiful architecture, horrid for people.
Personal worst has to be Trieste, with no money, during a strike by the Italian ATC. Nothing to do, and no where to go. I usually like small airports, not that time.