I don't know whether US readers will be familiar with Rosemary Sutcliff, a British writer of children's novels. I grew up reading her books, and still have most of them in my library, and re-read them to this day with great enjoyment. They're as much fun for adults as they are for children.

It's reported that one of her best books, The Eagle Of The Ninth, is to be made into a film. Wikipedia sums up the book's plot as follows:

The story is set in Roman Britain in the second century AD, after the building of Hadrian's Wall. A young Roman officer, Marcus Flavius Aquila, is trying to discover the truth about the disappearance of his father's legion in northern Britain. Travelling beyond Hadrian's Wall, in disguise as a Greek eye doctor, Aquila finds that a demoralised and mutinous Ninth Legion was annihilated by a great rising of the northern tribes. In part, this disgrace was redeemed by a heroic last stand by a small remnant around the legion's eagle standard. Aquila's hope of seeing the lost legion re-established is dashed, but he is able to bring back the bronze eagle so that it can no longer serve as a symbol of Roman defeat—and thus will no longer be a danger to the frontier's security.

I'm really excited about this. The Eagle Of The Ninth is (in my not-so-humble opinion) a truly great novel, accessible to both children and adults, easily on a par with J. R. R. Tolkien's The Hobbit. It should make a superb film - particularly if the movie sticks to Sutcliff's original plot. If it does, it'll definitely go on my must-see list.

Some publicity stills from the movie have been released. 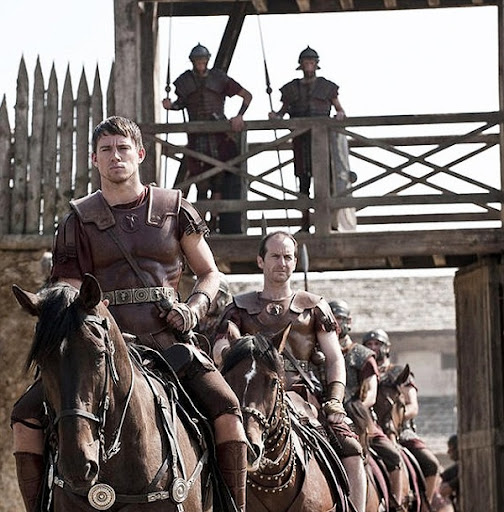 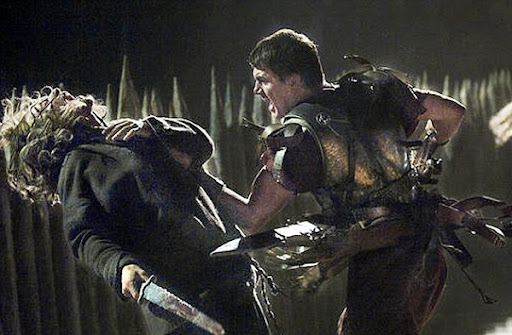 Looks good so far. I do so hope they don't twist the plot out of all recognition, and ruin the film for those who know and love the book! If they get it right, there's plenty of room for sequels, as Sutcliff wrote at least six more books about the Aquila family through history, including a rather unique perspective on the Arthurian legend. It is to hope . . .

Thanks for the reminder, Peter.

The Eagle of the Ninth was on our school curriculum, and I still remember it.