Has the last Japanese midget submarine from the Pearl Harbor attack been found?


The Los Angeles Times is reporting that it may have been.

The remains of a Japanese mini-submarine that participated in the Dec. 7, 1941, attack on Pearl Harbor have been discovered, researchers are to report today, offering strong evidence that the sub fired its torpedoes at Battleship Row.

That could settle a long-standing argument among historians.

Five mini-subs were to participate in the strike, but four were scuttled, destroyed or run aground without being a factor in the attack. The fate of the fifth has remained a mystery. But a variety of new evidence suggests that the fifth fired its two 800-pound torpedoes, most likely at the battleships West Virginia and Oklahoma, capsizing the latter. A day later, researchers think, the mini-sub's crew scuttled it in nearby West Loch.

The loch was also the site of a 1944 disaster in which six tank landing ships preparing for the secret invasion of Saipan were destroyed in an ammunition explosion that killed 200 sailors and wounded hundreds more.

When the Navy scooped up the remains of the so-called LSTs and dumped them outside the harbor to protect the secrecy of the invasion, it apparently also dumped the mini-sub's remains, which were mingled with the damaged U.S. ships.

The two-man, 80-foot-long sub in question [of the Ko-hyoteki class] does not have a name of its own. Each of the five subs in the attack was carried by a conventional submarine and took its name from the mother boat. It is thus called the I-16-tou -- tou being Japanese for boat. Powered by a 600-horsepower electric motor, the sub could reach underwater speeds of 19 knots, twice as fast as many of the U.S. subs of the day.

The Japanese navy modified net cutters on the subs for specific missions, and the one on the wreck was identical to those on the other mini-subs.

No torpedoes were found on the wreck, and evidence suggests that they were not present when the boat was sunk. A newly declassified photograph taken by a Japanese plane during the attack appeared to show a mini-sub firing a torpedo into Battleship Row. A report to Congress in 1942 by Adm. Chester W. Nimitz describes an unexploded 800-pound torpedo recovered after the battle. That's twice the size carried by the torpedo bombers.

That torpedo was apparently a dud that missed the West Virginia.

But an examination of the remains of the Oklahoma shows that it apparently had underwater damage much larger than that associated with aerial torpedoes. An underwater blast would have caused it to capsize, Stephenson said. "Otherwise it would have settled to the bottom upright," like the other sunken ships.

Five of the Ko-hyoteki midget submarines were used to attack Pearl Harbor. Some were captured in wrecked condition shortly after the attack, like this one, washed up on the beach at Oahu. 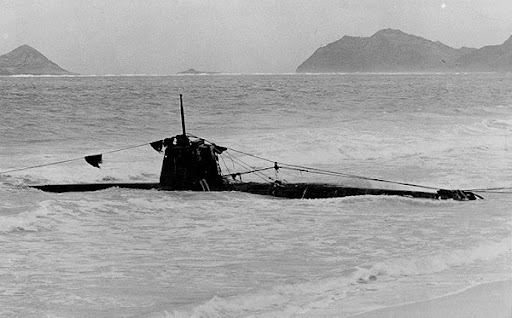 Others were discovered many years later, like this one salvaged by USS Current in 1960 from Keehi Lagoon, Hawaii. 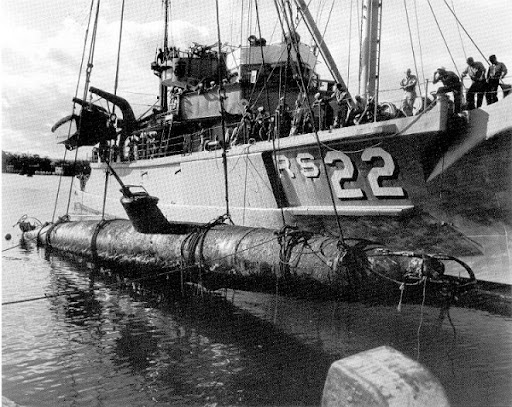 One midget submarine was claimed as sunk by the destroyer USS Ward on the morning of the Pearl Harbor attack. Long dismissed, her claim was ultimately verified by the discovery of the wreck of the submarine she attacked, with shell holes precisely where the Ward claimed to have hit her. The photograph below shows the Ward's victim on the seabed. 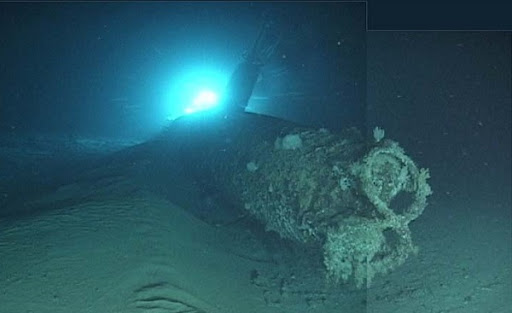 The Ko-hyoteki class midget submarines were also used to attack the harbor in Sydney, Australia, in 1942.

Several Ko-hyoteki class midget submarines are on display. One is in the National Museum of the Pacific War in Fredericksburg, TX; another may be seen at the US Navy Submarine Force Museum in Groton, CT; and one is mounted ashore on the Pacific island of Guam (shown below). 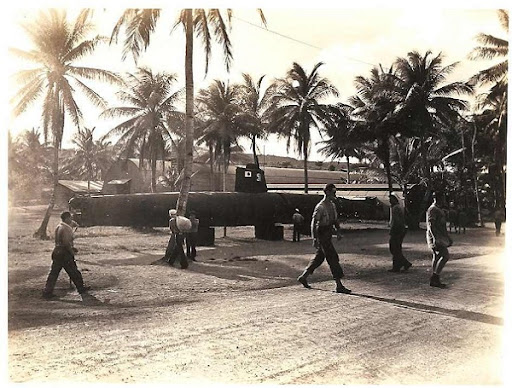 A very interesting discovery, sure to be a talking-point for military history enthusiasts all over the world.

What a fantastic find.