Seventy-five years of the swept wing


Seventy-five years ago (from 2010), the technology of swept wings was first mooted in Germany. The German Aerospace Center reports:

In the 1930s, the fastest aircraft of the time hit an invisible limit: the sound barrier. As soon as aircraft came anywhere near this barrier, they became increasingly difficult to control. The rudders stopped responding, the wings began to vibrate and the whole aircraft was thoroughly shaken up. Aircraft frequently crashed as a consequence. Because of this, many researchers believed that sustained flight speeds of 800 to 900 kilometres per hour, commonplace today, were impossible. 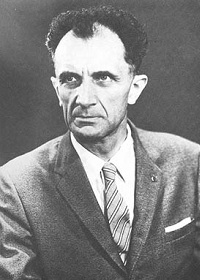 In 1935, Adolf Busemann, who studied under the Göttingen aeronautics research pioneer Ludwig Prandtl, presented the idea of the swept wing at a congress in Italy. However, the suggestion of this 34-year-old, unknown in the scientific community, was ignored: "He was very young for a scientist and his idea of supersonic flight was considered to be impossible, even by leading researchers," explains Prof. Hans-Ulrich Meier, for many years a Head of Department in today’s DLR facility at Göttingen.

In his book 'Die Pfeilflügelentwicklung in Deutschland bis 1945' (The Development of the Swept Wing in Germany until 1945), Meier describes how the significance of the new invention as the basis for high-speed flight was only recognised in Germany. "One reason for this was undoubtedly the search for superior weapons systems for the impending war," Meier says. The new wing promised German fighter aircraft a speed advantage in comparison to their opponents.

In late 1939, Hubert Ludwieg carried out the first swept-wing measurements at AVA. Busemann had, in the meantime, become head of the new German Institute of Aviation Research (Deutsche Forschungsanstalt für Luftfahrt; DFL) in Braunschweig. Ludwieg's measurements confirmed the correctness of Busemann's theory for the first time. A swept wing allows an aircraft to fly faster because the drag is reduced.

If, then, the swept wing was the prerequisite for high-speed and supersonic flight, the jet engine provided the necessary power. In 1939, the first jet aircraft in the world took to the skies in the shape of the Heinkel 178. Swept wings and jet propulsion were combined in an aircraft for the first time in 1944, in the Junkers 287, based on the research undertaken at Göttingen. Interestingly, the latter had wings that were swept forward – a concept that has only been recently revived, due to its difficult flight characteristics. 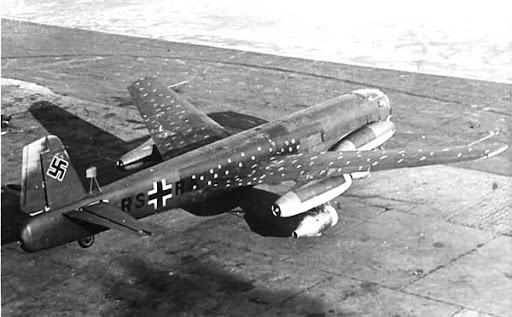 In contrast to jet propulsion, the swept wing was not used during the Second World War. Models such as the legendary first operational jet aircraft, the Messerschmitt 262, did not have swept wings. This was because this new wing shape also produced many problems. Lift and stability are worse than for unswept wings. 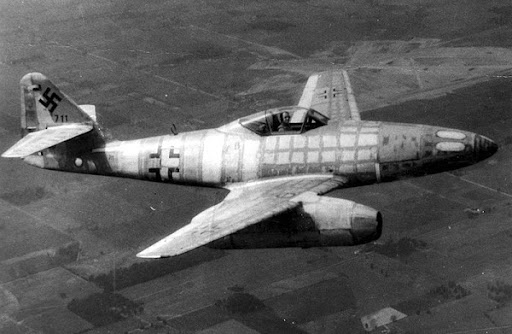 At the end of the War, the Allies secured the knowledge acquired in Germany for themselves: thousands of tons of documents were shipped to the USA, Britain and the Soviet Union. The German researchers were obliged to commit everything they knew to paper. This knowledge is documented in the 'Göttingen Monographs', still of significance today, and has been translated into English. "A thousand pages, dealing only with the best possible way to integrate the engine into the swept wing, went from Göttingen to the USA and Britain," says author Meier. Many researchers emigrated to the victorious powers. Adolf Busemann, the inventor of the swept wing, went to the USA, where he continued his research, first at NASA and then as a professor at the University of Colorado in Boulder.

The discoveries made in Germany became the basis of modern aviation. The Americans combined the results in the B47 jet bomber. 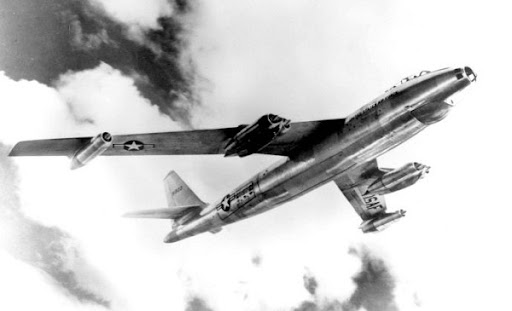 This in turn was the precursor of the Boeing 707, which introduced the age of civilian jet travel. All of today’s giant civilian airliners are based on the B707. A direct line can be drawn from Busemann’s swept wing idea via the Junkers 287 to modern aircraft such as the Airbus 380.

It's interesting to think that one of the fundamental technologies for most high-speed commercial and military aircraft is as old as that. At the time Dr. Busemann described it, the highest speeds attained by military fighter aircraft were considerably less than 300 mph! It speaks volumes for his genius that he was able to foresee the need for a solution to the problems posed by much higher speeds, and devise the concept of the swept wing, when no-one else could even conceive the need for it.

Thanks for posting this. My dad flew as a Navigator in the B-47 during the Cold War. The great strides forward made in technology and mechanical innovation during the early and mid 20th centuries were incredibly groundbreaking and make us modern folks look lazy.

It's nice to see the recognition of what an innovative design the B-47 was (and the prototype technology from which it was derived). What amazes me is that it is the design base for the heavy bomber we still employ today - the B-52.