On this date, sixty-five years ago, the Battle of the Bulge commenced in Belgium. German forces launched a desperate attempt to break through the Allied lines and sever their communications and supply routes. 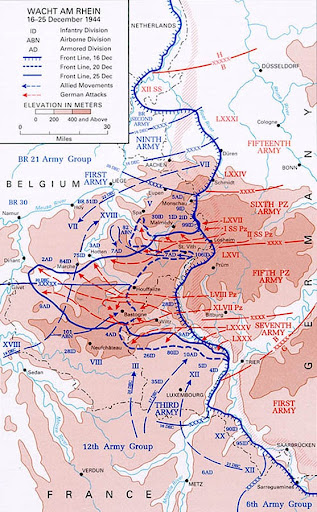 It would lead to the greatest mass surrender by US troops in World War II (the 422nd and 423rd Regiments of the 106th Infantry Division, on 19th December 1944). 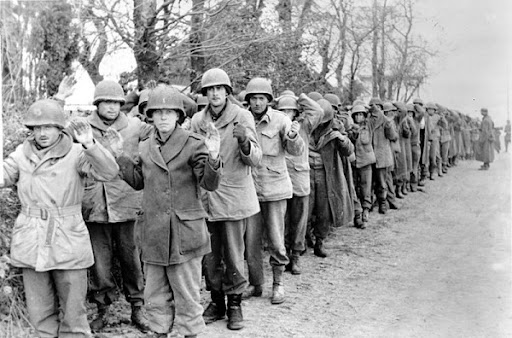 It also led to the greatest commitment of troops by the US to any World War II battle (over 800,000 armored, infantry and airborne US troops were committed to stopping the German attack, as well as British and Allied units), and the complete destruction of virtually all Germany's reserves of aircraft, armored vehicles and fuel, resulting in her utter inability to stave off inevitable defeat in less than six months. 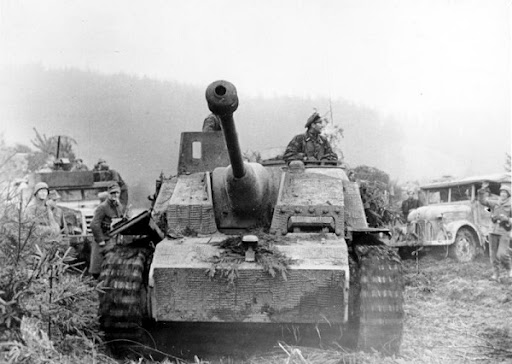 The fighting resulted in severe casualties on all sides. Over the approximately six weeks of the Battle and its aftermath, according to Wikipedia:

Casualty estimates from the battle vary widely. The official U.S. account lists 80,987 American casualties, while other estimates range from 70,000 to 104,000. According to the U.S. Department of Defense the American forces suffered 89,500 casualties including 19,000 killed, 47,500 wounded and 23,000 missing. The Battle of the Bulge was the bloodiest of the battles that U.S. forces experienced in World War II; the 19,000 American dead were unsurpassed by those of any other engagement. British losses totaled 1,400. The German High Command’s official figure for the campaign was 84,834 casualties, and other estimates range between 60,000 and 100,000.

There were also numerous Belgian civilian casualties, most caused by artillery and aerial bombardment, although an unknown number were massacred by advancing German troops. 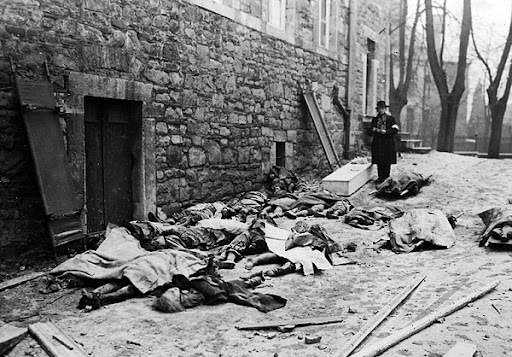 In a very real sense, Hitler did the Allies a favor by launching his foredoomed assault. There were more than enough troops and equipment to stop it, and by using up his only reserves of trained men and equipment, he rendered his forces in the West incapable of major resistance to the invasion of Germany. Furthermore, he had no reserves left to reinforce the Eastern Front, where the Russians would shortly launch their final assault that would carry them to the gates of Berlin by the end of March. In effect, Hitler forced military suicide upon Germany.