In the first, the BBC points out that netbook computers, so recently developed, may already be on the way out.

Rising prices and better alternatives may mean curtains for netbooks.

The small portable computers were popular in 2009, but some industry watchers are convinced that their popularity is already waning.

"The days of the netbook are over," said Stuart Miles, founder and editor of technology blog Pocket Lint.

As prices edge upwards, net-using habits change and other gadgets take on their functions, netbooks will become far less popular, he thinks.

"Technology has advanced so much that it's outmanoeuvred itself," he said. "You wouldn't go for something so basic anymore."

His prediction stems from his belief that the netbooks of 2009 are losing touch with what made them so appealing. 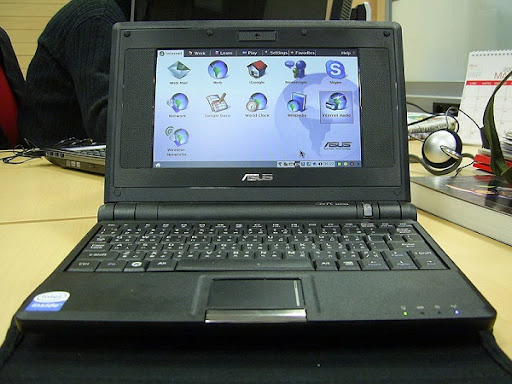 It was cheap, cheerful and a boon for those wanting to check e-mail and go online while out and about.

But, said Mr Miles, the success of the small, portable notebook has been its undoing because it has spawned so many imitators.

Many contemporary netbook models run Windows XP or Windows 7 which has forced the specifications, and price, upwards. Many, he said, now cost at least £350 [US $560], a figure close to that for a more capable full-size laptop.

What people are looking for now, he believes, is a machine that can keep up with the demands of contemporary web users - far more than the basic e-mail and web browsing that made the first models so appealing.

"As soon as you want to do anything else you hit the same problem, it ceases to work," he said. "It does not have the power."

Those changing habits of web users, he maintains, are too complex for those basic machines.

"It's the internet's fault for making us much more multimedia savvy," he said. Uploading and editing still or moving pictures and handling audio all require far more power than the basic netbook offers, he said.

This could explain, he said, why many laptop makers are now turning out very thin and light machines that have power but not the shoulder-wrenching bulk.

(I have to agree with Mr. Miles. Last month I bought a HP Pavilion DM3 notebook with 4GB RAM, a 300GB disk, and all the power I need for graphics editing, Internet browsing, writing, e-mail and other productivity tasks. It cost less than the $560 he mentioned. I'm preparing this blog post on it right now.)

As if to lend weight to the BBC's report, it's rumored that Apple will be introducing a new device, its much-anticipated tablet computer, next month. This would effectively serve the same purpose as a netbook, amongst other functions.

Rumours are rife that Steve Jobs, the company's chief executive, is planning to unveil a touch screen computer known as the 'iSlate' at the end of next month.

Details about the new product are being kept top secret, but expectations are high that it will be a one-piece touch screen computer that will look like a cross between an iPhone and a laptop computer.

Referred to in the industry as 'the tablet', it could signal the end for the keyboard and mouse system used by millions of PC users across the world.

The 'tablet' could be used for communication purposes as well as being a single device to download music, books, and films.

Apple has never acknowledged that such a device exists, but the company has booked the Yerba Buena Centre for the Arts in San Francisco to make a "major product announcement" for 26 January 2010.

The company is also reported to have bought the rights to the iSlate.com website address.

If rumours of a January announcement are true, such a timetable could see the gadget in American shops from March and brought to Europe in time for next Christmas.

Little detail is known about the device, including the predicted price which could be as much as £700.

But it is expected to be similar to an iPod Touch with a larger 10-inch screen, making it convenient to watch video, search the internet and read digital books.

Analysts think it will be set up to handle television and newspaper subscriptions through a wireless connection.

Writing on the TechCrunch blog, technology writer MG Siegler on the said: 'The mouse and keyboard will one day die and everything will be touch and gesture based.

'It will happen and the tablet computer is the latest, and perhaps most important step in a line of technology taking us there.'

Me, I'll stick to my desktop and notebook computers, two form factors which have served millions of people satisfactorily for a few decades. I don't take up fads just because they look interesting - I've learned to wait and see whether they last. I'm one of the dinosaurs of the personal computer age, having started working with computers in the mid-1970's. I can recall the Altairs, the Apples, the Sinclairs, the original IBM PC of 1981, and everything since. Many innovations have come and gone. I've learned to look for the mainstream and stay with it for my productivity tools.

I don't like the idea of a touchscreen as the display on my primary computer because it would get covered (essentially permanently) in fingerprints, but the idea of a tablet that could be docked to act as a traditional desktop is appealing.

Definitely does more than just surfing the web.

I have three netbooks:

An Acer Aspire One with Win7 that is my wife's primary PC.

A Dell Mini9 running Ubuntu 9.10 that goes everywhere in my satchel.

An ASUS eeePC 900A that serves as a testbed for various new distros such as Chrome OS, BrowserLinux, and updates to Ubuntu.

I think that my average purchase price was ~ $250 each.

The day of the netbook may officially be over, but I intend to keep using them.

Personally, I'm really looking forward to the PADD..I mean, tablet. It could be the final straw that finally pushes me over to the Mac side of the house (*hack,cough*)

.. mostly cause I want an eBook reader, but just can't justify buying one while the tech is changing so fast on that front.

Don't have any interest in paying scads of money to be an early adapter, but prolly will jump on that wagon once the price comes down.