Cars with wings - Burt Rutan steps up to the plate


I've mentioned the Terrafugia Transition 'roadable plane' or 'flying car' (take your pick) in these pages before. A prototype flew in 2009, and it's now being developed into a production version. 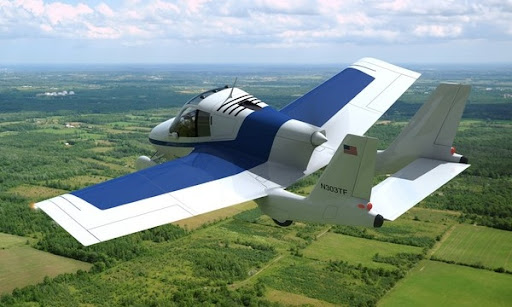 The company has just obtained exemption from certain motor vehicle regulations, which will permit its aircraft to be driven on public roads. 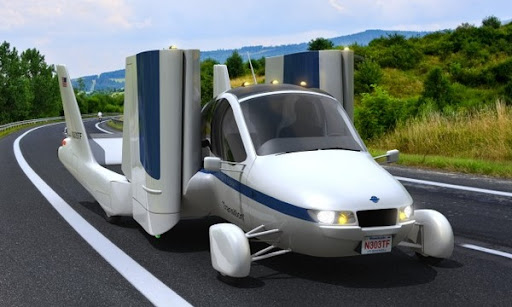 It's just been announced that the legendary Burt Rutan, as his final project before retiring from the company he founded, Scaled Composites, has developed another 'roadable plane' or 'flying car', which the company calls the Model 367 BiPod (link is to an Adobe Acrobat document in .PDF format). It's a hybrid electric vehicle, too! Dare one call it "a Prius for private pilots"? 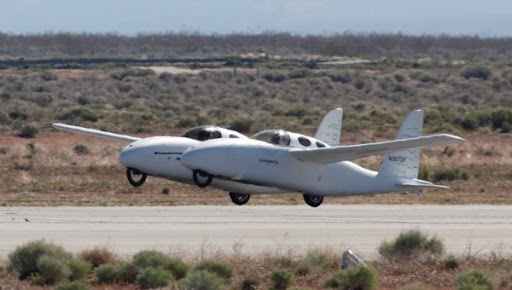 Whereas the Terrafugia Transition fits into the Light Sport Aircraft restrictions on weight, power and performance, Rutan's new plane is larger, heavier, more powerful and faster, meaning that (under current regulations) it'll need a more advanced license than Sport Pilot to fly it. 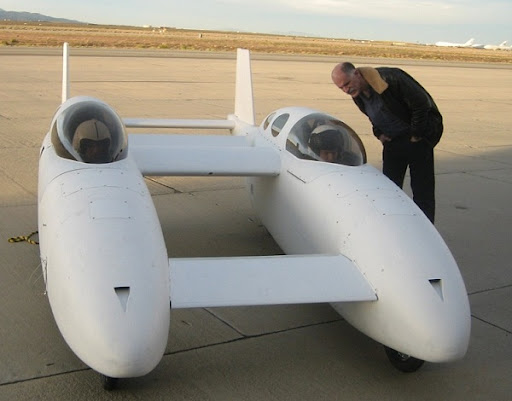 The BiPod was brought from preliminary design to its first flight on 30 March 2011 in just four months. So far, the aircraft has made several short hops along the main runway at Mojave, California, each time propelled briefly into the air by building up speed using the battery-powered driving wheels. The electric-powered propellers are not yet installed.

The flight-capable BiPod will have two 450cc internal-combustion engines, one per fuselage, driving generators feeding a distributed electrical power system. In road mode, this will power 15kW motors on driving wheels positoned aft in each fuselage behind steerable nose wheels.

In flight mode, the electrical system will power four 15kW motor-driven propellers, two on the wing and two on the horizontal stabilizer linking the tails.

Lithium batteries in the nose, which are recharged in flight, provide additional power for takeoff and a reserve for at least two landing attempts in the event of an engine emergency.

The BiPod is designed to be driven like a car from the left-hand cockpit and flown as an aircraft from the right side. With a steering wheel in the left cockpit and flying controls in the right, the throttle is the only interlinked system between them.

Span is 31ft 10in with wings attached, and 7ft 11in with the wings removed and stowed between the fuselages. As an aircraft, it is designed to cruise at 200mph and fly for around 530 miles in higher-power mode and up to 760 miles at 100mph. As a car, the BiPod is designed for freeway speeds, urban driving and garage storage, with a range of 820 miles on a tank of gas and 35 miles on batteries alone.

There's yet another 'flying car' under development, this one by DARPA on behalf of the US military. Its Transformer TX project calls for proposals from industry to accomplish this:

The objective of the Transformer (TX) program is to demonstrate a four (4) person flyable/roadable vehicle that provides the warfighter terrain-independent mobility. This presents unprecedented capability to avoid traditional and asymmetrical threats while avoiding road obstructions. TX will enable enhanced company operations of future missions with applicable use in strike and raid, intervention, interdiction, insurgency/counterinsurgency, reconnaissance, medical evacuation and logistical supply. The TX vehicle will have Vertical Takeoff and Landing (VTOL) capability with a minimum combat range of 250nm on a single tank of fuel. 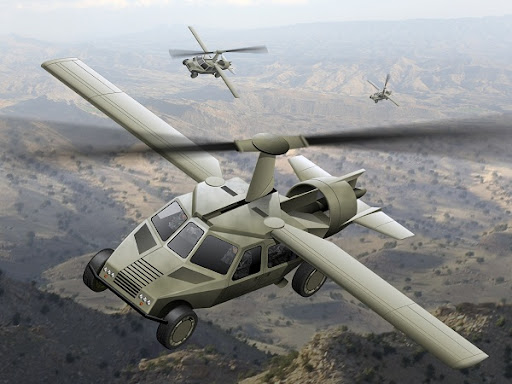 The primary focus of the TX program will be the development and demonstration of an integrated suite of critical technologies that enable dual-mode transportation, VTOL capability, efficient flight performance, and a combat range comparable to today's rotorcraft. It is envisioned that this program will, at a minimum, demonstrate the ability to build a ground vehicle that is capable of configuring into a VTOL air vehicle that provides sufficient flight performance and range, while carrying a payload that is representative of four (4) troops with gear.

Again, more at the link. The Register has more information about the project in a detailed article. The Transformer TX project is likely to lead to something along the lines of a flying Humvee, rather than a civilian vehicle, but the principles behind it are doubtless very similar.

With so many projects now under way (and doubtless others not yet announced - for example, I'll be very surprised if China is not working on a similar project by now), it's logical that the European Union has begun working on a project it calls MyCopter. The project's Web site describes it as follows:

Considering the prevailing congestion problems with ground-based transportation and the anticipated growth of traffic in the coming decades, a major challenge is to find solutions that combine the best of ground-based and air-based transportation. The optimal solution would consist in creating a personal air transport system (PATS) that can overcome the environmental and financial costs associated with all of our current methods of transport. 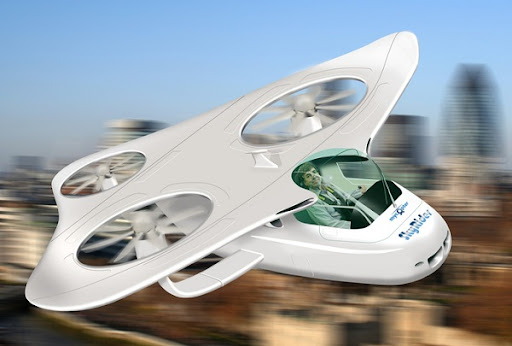 We propose an integrated approach to enable the first viable PATS based on Personal Aerial Vehicles (PAVs) envisioned for travelling between homes and working places, and for flying at low altitude in urban environments. Such PAVs should be fully or partially autonomous without requiring ground-based air traffic control. Furthermore, they should operate outside controlled airspace while current air traffic remains unchanged, and should later be integrated into the next generation of controlled airspace. 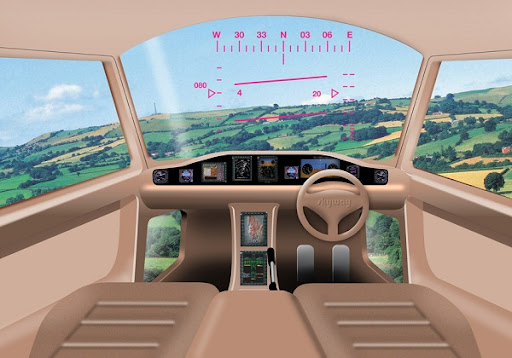 The myCopter project aims to pave the way for PAVs to be used by the general public within the context of such a transport system.

These are certainly exciting and innovative times for ground and (light) air transportation! With just a smidgen of luck, I may get to fly one of these things myself before dotage sets in . . .

Greetings from Texas,
I have read about these for years. The problem is you end up with a vehicle that doesn't do either job well. They tend to be second rate aircraft. Being built light enough for it to fly means you end up with a car with will loose in a wreak with a big dog.

Like anyone else, I love the wow factor in a flying car. I wouldn't want to fly or drive one.

They seem to make little sense, if they need a runway. Simpler and cheaper to use a taxi or airport loaner car. A VOTL is a whole other story...
BUT-

As it has been, is now and shall ever be, the main problem is regulatory, not technical. Will they let you fly it from your backyard? etc.

I have serious doubts about the "Transformers" project. It looks like serious fail.