A rather special Rolls-Royce car is to be sold at auction next month. Wired magazine reports:

This preposterous 1925 New Phantom was built as a dedicated hunting car by Rolls-Royce with coachwork by Barker & Company in 1925 at the request of Umed Singh II, Maharaja of Kotah. 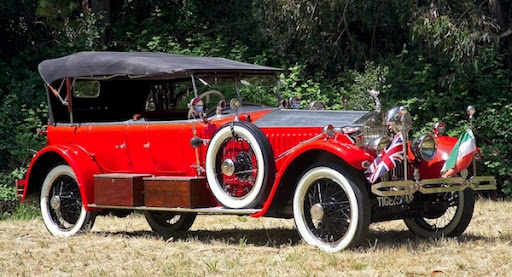 (All images courtesy of Bonhams Auctions)

On board is enough firepower to blow away the Bronx Zoo including a double-barrel howdah pistol and a mountable Lantaka cannon used for hunting elephants. There’s also a rifle stand in the rear seat and, especially for Bengal tigers, a machine gun that can be trailered from the rear of the car. Rifles and bird guns are stored in the rear of the car. 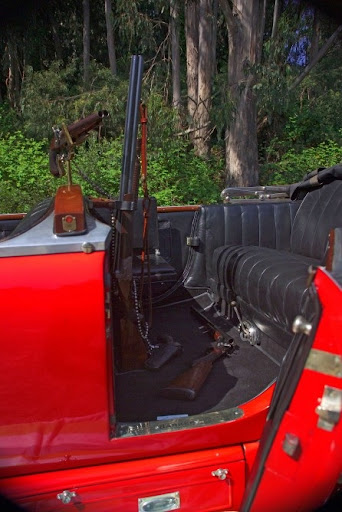 While the phrase “trailer-mounted machine gun” conjures up images of ragtag Afghan warlords driving clapped-out Toyota Hiluxes, this is still one extravagant car. It’s got an 8-liter, 6-cylinder engine that put out what Rolls-Royce then called “adequate” horsepower, plus a low gearing ratio and tall tires for maneuvering through rough jungle terrain. Lighting included front and rear spotlights plus a red light that glowed when the Maharaja was on board. A blue light was lit if his wife was a passenger. 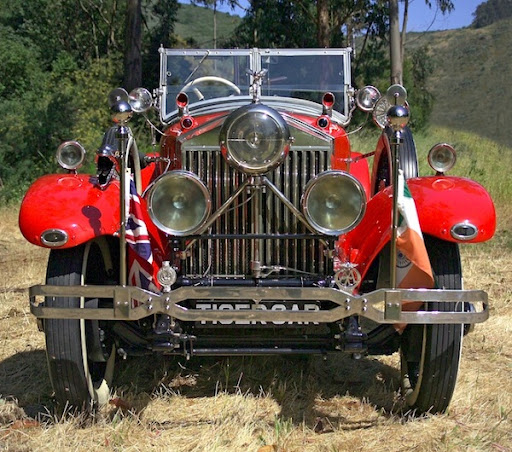 Oddly, a car designed for hunting big game in the wilds of the Indian subcontinent was finished in a nautical theme with a boatlike hood and cowl ventilation. That makes the nickel-plated horn shaped like a hissing snake all the more incongruous.

I'm most intrigued by the towed machine-gun provided with the car. It's a very rare Bira gun, made in Nepal at the end of the 19th century. 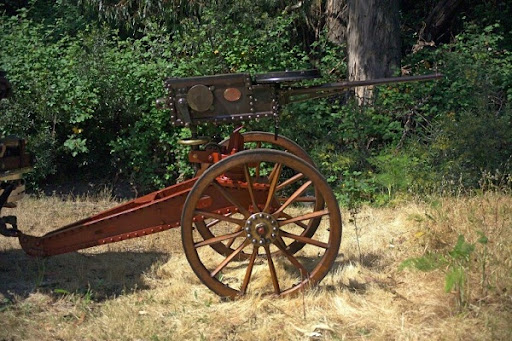 Very few were made, and since each was produced by hand, parts are seldom interchangeable among surviving weapons. The Lantaka cannon mentioned in the article is also relatively rare, although less so than the Bira gun. It was a small swivel-type cannon produced in the Philippines, Brunei and other island nations during the 19th century. Here's a photograph of a Lantaka cannon recently sold by the Cannon Superstore (what a name for a gun shop!).

You'll find more pictures of other Lantaka cannon at the link.

I can't help but wonder how the Maharajah's servants prepared a swivel gun for action while mounted on a car bouncing over the landscape. It was muzzle-loading, of course, so they had to make the first shot count; because if they didn't, the tiger would have been taking chunks out of the Maharajah's Royal Backside before they could reload! I suspect that wouldn't have been good for their promotion prospects . . .

I suspect that wouldn't have been good for their promotion prospects . . .

What promotion? With their employer lying in pieces on the ground, the best they could hope for is to be hired by his successor.